After living for seven years in the shadow of the San Andreas Fault, I admit I was relieved to leave earthquake territory for Washington DC, where the only thing you have to worry about is Al Qaeda.

Image my surprise then, when on Tuesday afternoon our house suddenly felt like a Christmas present being rattled by a curious child. I had just enough time to gather my wits and my children under a doorway. Then fortunately, just as I was beginning to wonder what kind seismic standards existed in the 1950s when our house was built, the shaking stopped.

Thankfully, I was able to get a hold of Jack before the phone lines were jammed. The only suffering we incurred was that it took him a record-breaking two hours to Metro home. He normally grills for us on Tuesdays so we were left starving, and dinner was so late that we missed the opening obstacle course on Wipeout. Natural disasters are rough.

Unfortunately, that was the extent of our damage. I say unfortunately, because I’m aware that no one likes an earthquake story that doesn’t contain a little damage.

So, as a consolation, here is another damage story. This is one happened last week, when the earth was still -

It was Tuesday night. I was walking from the kitchen to my desk to retrieve a to-do list, when I took a misstep, and heard a $1,600 crunch.

I had stepped on our external hard drive. It was a short step, and I am not an elephant, but as luck would have it I may as well have thrown the thing from a moving truck. What initially looked like a harmless crack in the exterior, turned out to be a fatal sever between data and memory reader thingy. Seagate, the drive’s manufacturer, provided me a friendly quote of $1,000-$1,600 to recover our contents.

Ironically, the drive had just safely returned from accompanying us on a 5-week summer vacation. Jack had not been thrilled with the idea of traveling with something so valuable, but I had insisted. I wanted to be able to keep up with photos, so I raised my right hand and swore to take better care of our hard drive than I would our children. And I did. It journeyed from Baltimore to San Diego and back, with stops in Utah, Denver and Chicago between, without collecting so much as a single fleck of dust. When it made it home unharmed, I made a big deal of patting myself on the back and ceremoniously accusing Jack of worrying for nothing. Then I put it under the desk. And then I stepped on it.

As I whine, I realize there are far worse things in life. Earthquakes and Al Qaeda, for instance. So I allowed myself one good cry, a couple of swear words, and then I decided I had to get over it. Hard drives break. Pictures get lost. Life moves on. Someday we’ll probably shell out the $1,600 to try to retrieve the memories, and we can all have a good laugh about it.

In the meantime, I’m starting fresh. After three months of morning sickness I had been hoping to do some catch up on blogging. With that no longer an option, I’ve turned my attention instead to conducting search and rescue efforts for pictures that have survived outside the hard drive.

I've never been so thankful for cell phones. I’ve had my simple little texting phone for over three years now, and had no idea how many memories have been captured by its camera. It has cheered me up quite a bit to download the images and design them into pages for the kids albums. Pages that won’t disappear if I accidentally step on them. 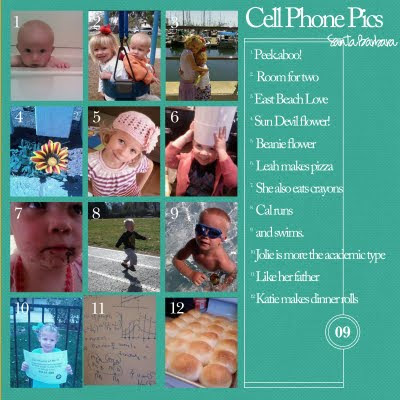 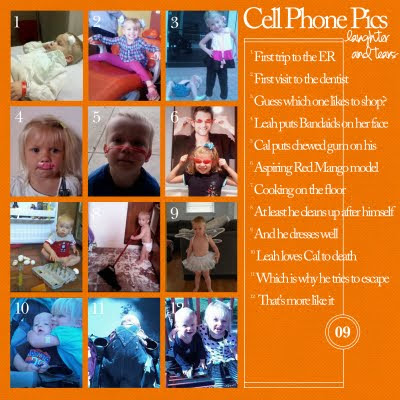 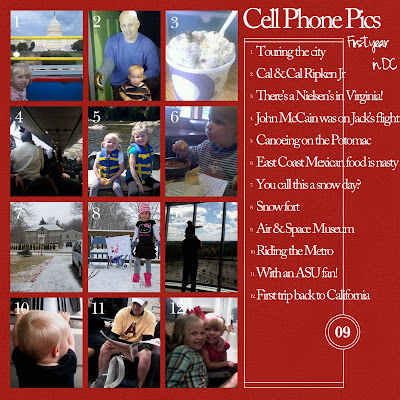 Aside from texting some of these pictures to Jack, I've never done anything to preserve them and am certain I never would have if I hadn't killed the hard drive. Most likely they would have eventually been tossed out with my phone when a new phone came along. I likewise would not have uploaded them here, had I not been prompted by Tuesday's quake.

Opportunities arrive in strange disguises. A comforting realization as we anticipate a weekend visit from Hurricane Irene.
at August 25, 2011