I am a big football fan. The biggest. Huge, huge football fan.  I don't know the difference between a tight end and a receiver, and I have no idea how many points a field goal is worth. Technically, I've never even sat through an entire game but seriously, there is nothing like football season.

Some of my favorite memories of my dad and brother are of the two of them glued to an ASU game and cheering so loud the neighbors could hear. Even better are memories of tagging along to Sun Devil Stadium. I was never too interested in what took place on the field, but I loved eating hamburgers at Chuckbox with them before the game, and jumping to my feet and cheering when they did.

My favorite memories of high school without a doubt revolve around Friday night football. I loved the stadium lights and the crash posters. I loved cheerleading and the marching band and had a crush on the quarterback. I loved hot dogs and the eagle and I love the United States of America and the Bill of Rights but maybe now I'm getting carried away.

In college, Jack and I spent many date nights in blue at LaVell Edwards Stadium. There is nothing like cheering from a student section. After we were married and moved to Santa Barbara, there was no local college team to support, which perhaps had something to do with his foray into fantasy football. For the last ten years, the draft parties, message board banter, and daily strategy discussions with his brother have provided much laughter and entertainment. I get such a kick out of it all in fact, that when I was in labor with Leah I insisted on sending him home from the hospital to draft his team. He didn't win the Super Bowl that year, but he did make it back in plenty time for the birth.

These days, football season means coming home from Church every Sunday and pulling two little Broncos jerseys out of the closet. Jack is a lifelong Denver fan, but the two years they won the Super Bowl ('98 & '99), he was serving his mission and didn't get to watch.  Today, fifteen years - and two new fans - later, he'll finally get his chance.

I'll be cheering too. 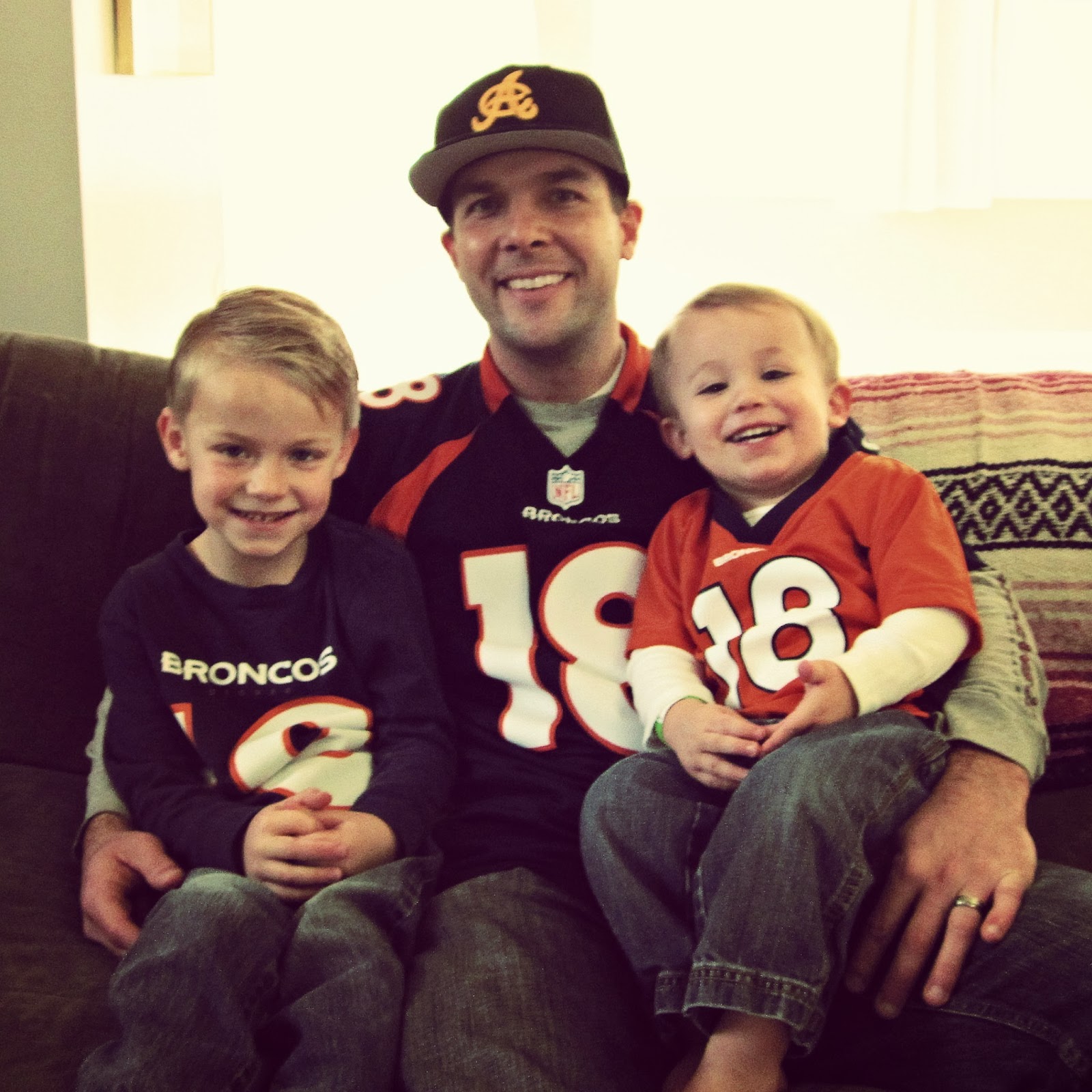 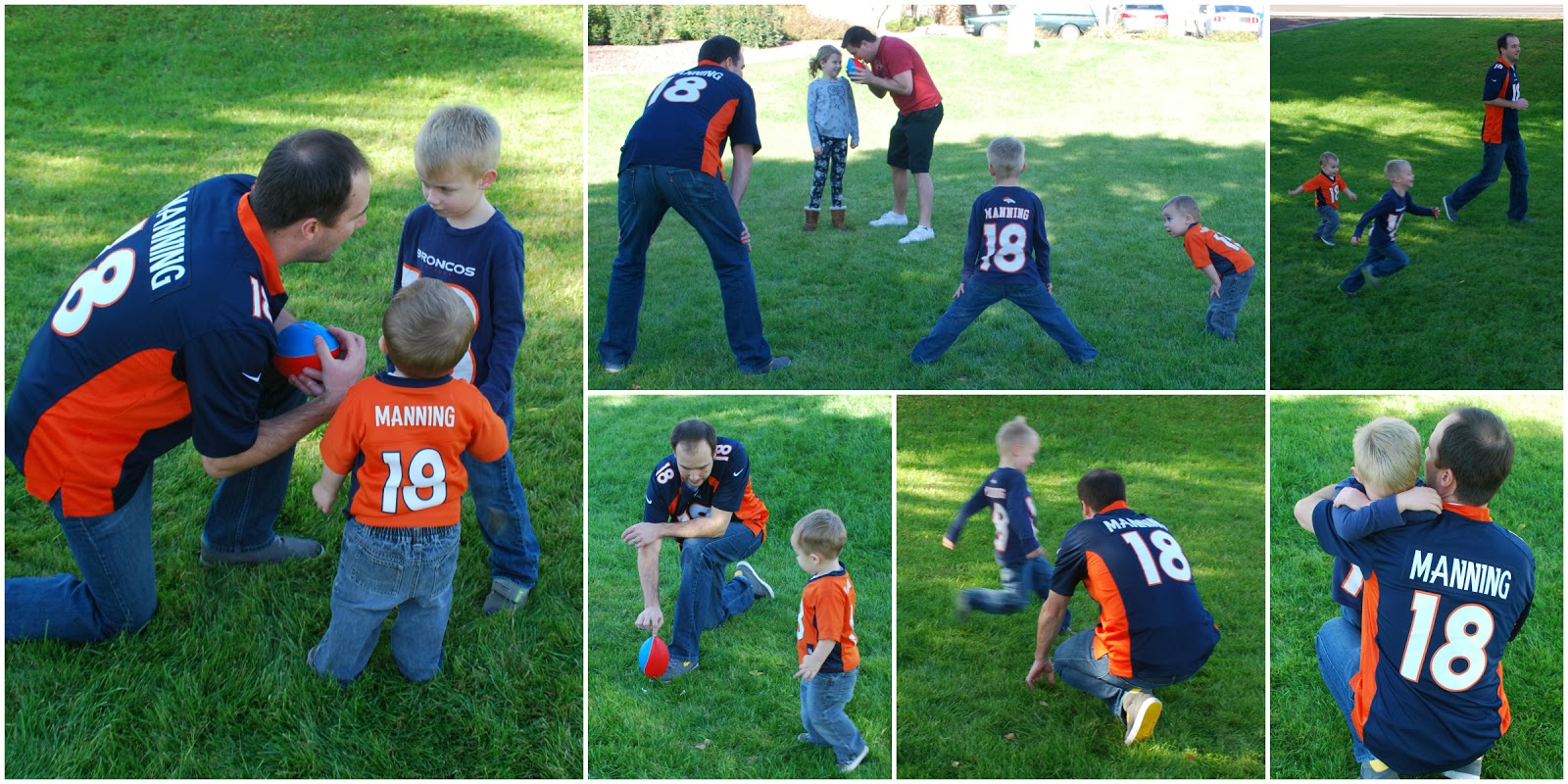 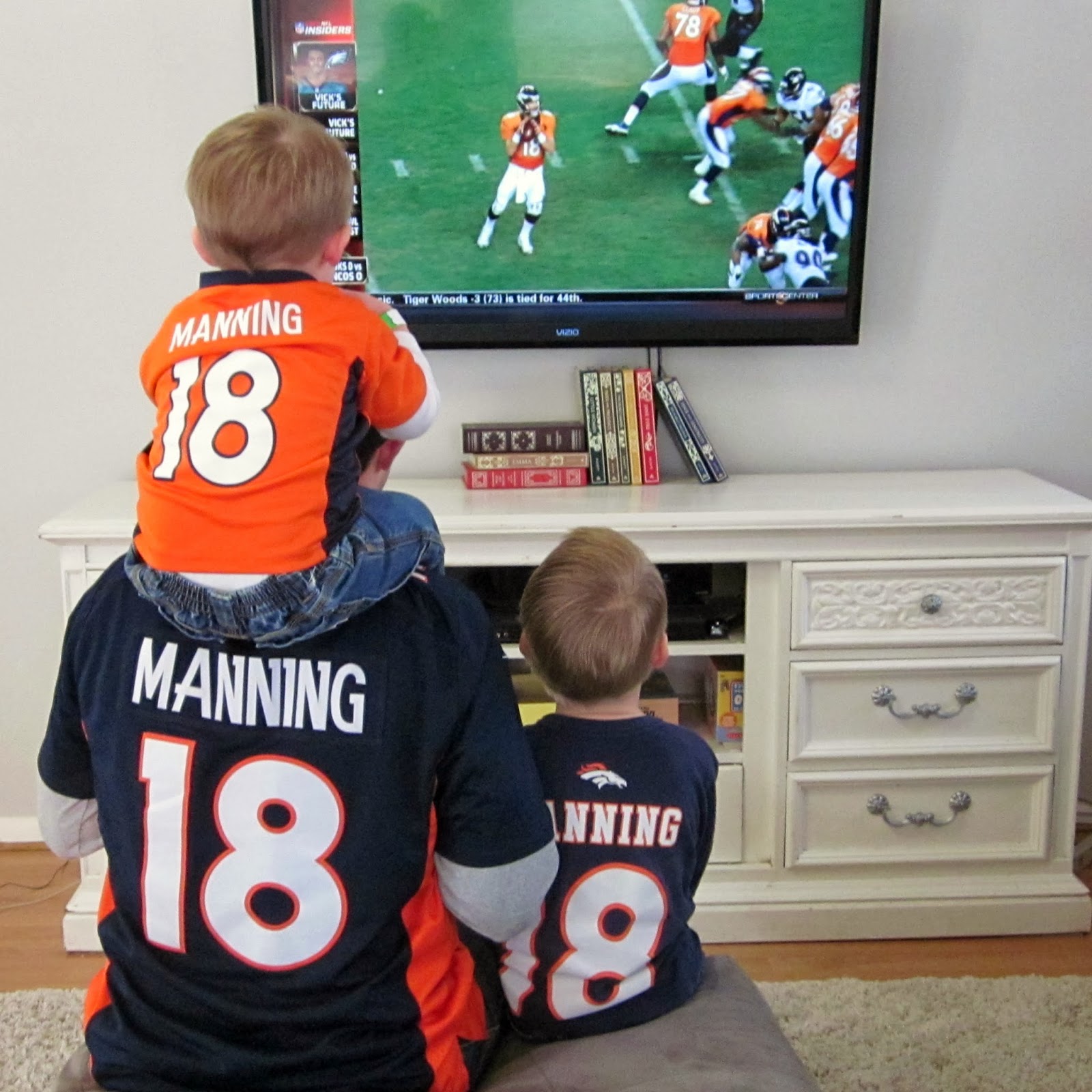