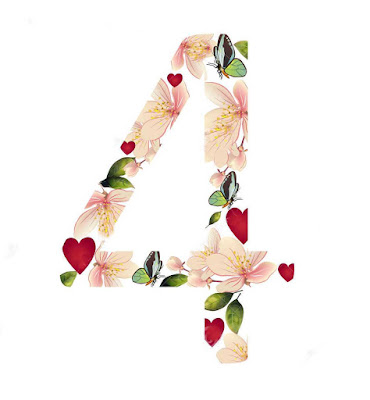 When my kids were all small I knew that reading to them was essential, but struggled to fit it into our exhausting days. One night I was feeling determined, so I gathered them up and announced that we had four priorities to accomplish before bed. We said a prayer, read scriptures, wrote in their journals, and I read aloud to them from a chapter book.

That night, without intending, the phrase "Priority Four" stuck, and years later it is still how we refer to our evening routine.  On any given night in our house you can hear someone say, "Is it time for priority four?" "Can I have ice cream after priority four?" "Eddie, you have to wear clothes to priority four," etc.

Because here's the thing - I'm a morning person, and one of the downsides to being a morning person is that you are not a night person. Ask me to mop the floors and finish a school project at 5:00 am and I'll do it while singing Disney songs.  But ask me to get the kids a drink of water after 8:00 pm and I'll flatly refuse while muttering to myself that I never liked you and you're ruining my life.

So when they ask me to read in the evening, when my patience and motivation have depleted, my impulse is to decline in favor of a bath, ice cream and Ross Poldark. But, hearing them request that I attend to a "priority" on the other hand, puts alternatives in their proper place.

Deepak Chopra has said that "language creates reality," and I think maybe this is what he meant. The word priority is defined as "highest in importance," and when I hear it my brain seems to respond by moving it to the front of its queue.

Priority four has evolved over the years, and can change from day to day. Sometimes we skip the journaling, or watch a YouTube clip instead of reading a book, and some nights all we can pull of is priority one or two.

But we persist in doing it, and referring to it as priority four, because if there is anything in life "higher in importance" then gathering children (and now a tween, and a teenager) with their family to learn or read or pray or talk, I have yet to discover what it is. 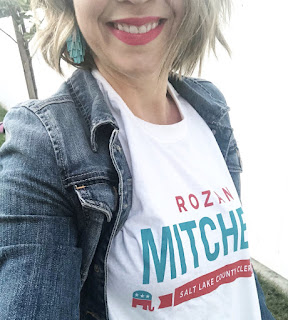 I received my absentee ballot this week, and wondered which is a more exciting mailbox discovery - Christmas cards when I'm missing faraway friends and family, or an absentee ballot when politics has had me banging my head against the wall.

It's a midterm election of course, which is when voter turnout typically falls, but by all accounts this one is gearing up to be the exception. A record number of new voters registered last month on National Voter Registration Day, there are a record number of women on the ballot, unprecedented amount of money being spent on campaigns, and Kanye West has been sporting his Make America Great Again hat way more times than anyone expected.

It seems unlikely to me that many, if any, voters who also opened absentee ballots this week are undecided. Whether driven by feelings about immigration, the Trump administration, or handling of the Kavanaugh confirmation, I personally don't know anyone in the political center at this point, or looking to be persuaded from across the aisle.

But let me try and persuade you anyway.

Rozan Mitchell is running for Salt Lake County Clerk against the current Clerk of 28 years, Sherrie Swenson. I had the privilege of working with Rozan during her tenure at the State Elections Office, and over the last couple months as a campaign writer, and can personally vouch for her integrity and unparalleled knowledge of the Utah election system.

But what I most want you to know about Rozan, is that she's fearless.

Since 2004 she has worked under Swenson as the Salt Lake County Director of Elections, which means that her decision to run for Clerk was a decision to challenge her boss of 13 years.

It is not easy for a subordinate to challenge her boss. Not easy at all. In fact, Mitchell had to take a leave of absence shortly following her declaration of candidacy, after being frozen out of decision making and many of her usual responsibilities.

I mention this not as gratuitous political gossip, but as an indication of how committed Mitchell is to implementing long-overdue improvements in Salt Lake County. After serving on the front lines of Utah elections for two decades - including her work in the State Elections Office prior to her appointment as County Director - she knows better than anyone what improvements need to be made, and is so committed to ensuring a more a secure and efficient voting process, that she is willing to endure the personal setbacks it has cost.

At the top of her agenda is the implementation of a new voting system. As the largest county in Utah, Salt Lake should be at the forefront of acquiring and implementing progressive voting technology. Instead, we are lagging behind. Eighteen of twenty-nine counties are transitioning to new voting equipment this year, and Salt Lake is not among them. This is not only embarrassing, it’s unacceptable. The touch-screen machines we currently employ are aging and outdated, and our current clerk plans to wait until at least 2021 to implement a new system. With growing concerns recently over hacking and meddling, we cannot afford to wait until an election is slowed or even compromised to take action.

In addition, Mitchell also plans to implement a mobile-first approach to voter outreach, including the ability to search polling locations and check wait times from your phone. This is another change our current clerk has still not explored, after 28 years in office. She also has groundbreaking ideas for expediting marriage licenses and passport administration, to name a few.

It has been said that it’s not the people who vote who count, but the people who count the votes. Granted, it’s rumored to be Joseph Stalin who said it first and I don’t think he cared much for democracy, but I do agree with the sentiment.

And there’s no one I trust more with my vote and yours than Rozan Mitchell.
at October 19, 2018