I have a policy of putting minimal time and effort into my children’s Halloween costumes. It could be because I’m cheap or lazy, or perhaps it’s because I’m apathetic toward something they will only wear once. In the dark. Underneath their snow coats. But I prefer to think it’s because I’m saving my energy to pull off an impressive Thanksgiving and Christmas.

When it comes to costumes, I only have two criteria. It must be (1) free, or very inexpensive, and (2) the child has to be excited to wear it. Beyond that, it’s free game.

Here’s what of each our three chose this year -

By early September, Jolie decided she was destined to be Rapunzel. Special thanks to our Netflix account for their relentless homepage promotion of the most popular, hard to find, overpriced costume of the year.

I searched the stores high and low (and by that I mean I looked once when I was at Walmart), but they were sold out. I figured it was the same story everywhere else in town, so I checked online, and the only option I could find in stock was the authentic Disney Store version for $69.50 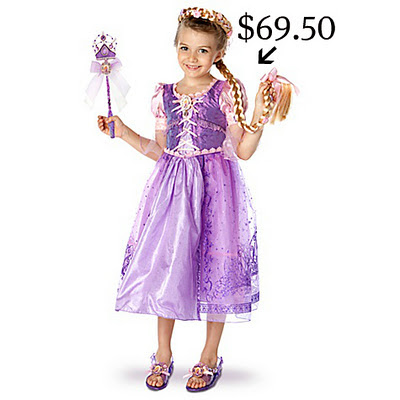 So I took Jolie on a trip to my favorite thrift store, where we scoured the racks and scored a purple dress for $3.89. Then we came home and rummaged through the dress up box and craft supplies, and about an hour later, came up with this. 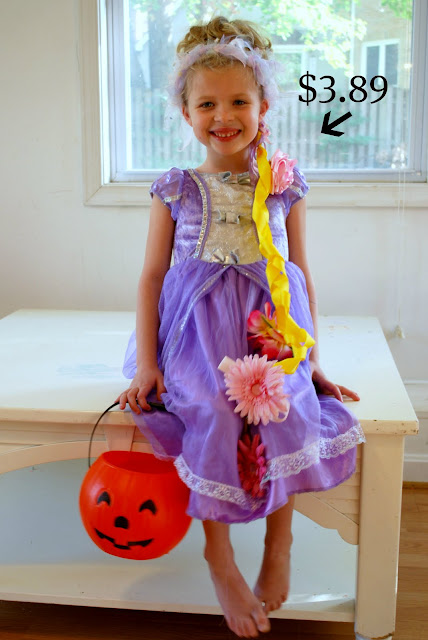 Certainly, there are differences between Jolie and the Disney Store girl. But the only difference I can see is that Jolie has $65.61 more in her college fund than she does.
Cal

’s costume was a hand me down from one of our neighbors. Our neighbors, bless their hearts, looooove to give us their hand me downs. We’re the only family on our street with young children, let alone almost four of them, and our house is strikingly smaller and older than the others, making us prime targets for sympathetic glances and boxes of charitable castoffs.

Every so often, someone knocks on the door to present the kids with leftover treats, used books, hand me down clothes, and very random toys, including two of my personal favorites - 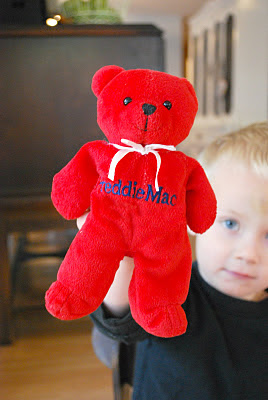 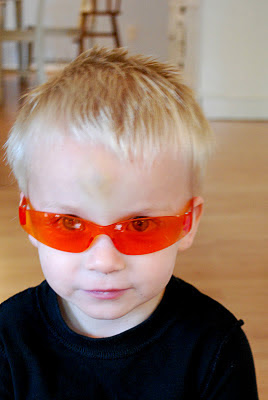 A couple of weeks ago, the Moriettis across the street stopped by to present Cal with a box of costumes their son had outgrown. This was a gold strike for a boy whose dress up options had previously been limited to his sister's collection of tutus and fairy wings. He ripped open the box to his choice of Darth Vader, a Stormtrooper, Spiderman, Buzz Lightyear, and dinosaur costumes. 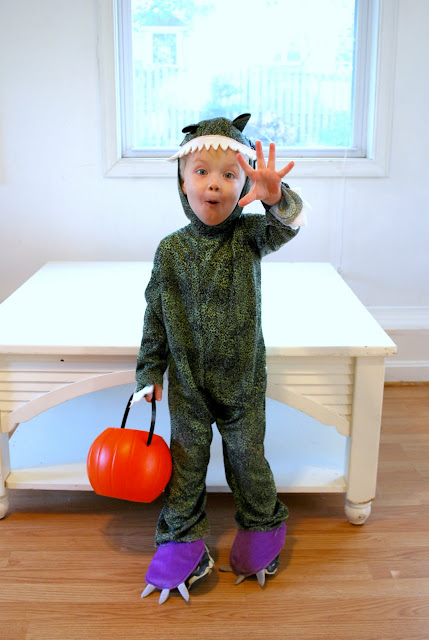 Leah had the most options - her pick of about 50 different costumes when I discovered a discount Halloween store that sold everything in her size for under $15.

I first presented the princess gowns, but she rejected all of them. Next I tried fairy. No. Witch? Nope. Pirate? Cowgirl? No, no. I was starting to get impatient, and was about to force her to make a choice when, on her own, she spotted this on the rack, and her face lit up. And my heart melted. 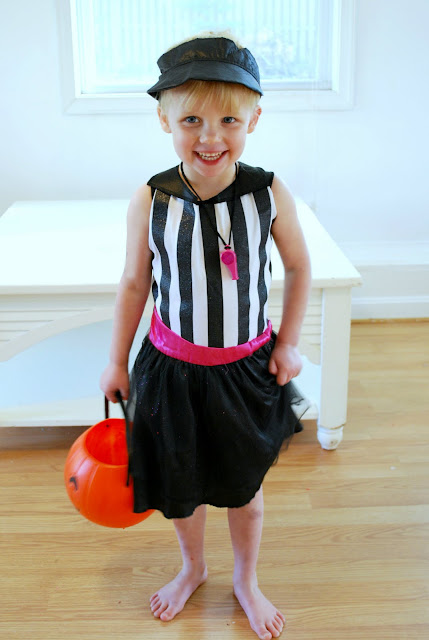 Don't make the mistake of calling her a referee. She's not a referee. She is her adored Grandpa Jack. And a pretty dead ringer at that. 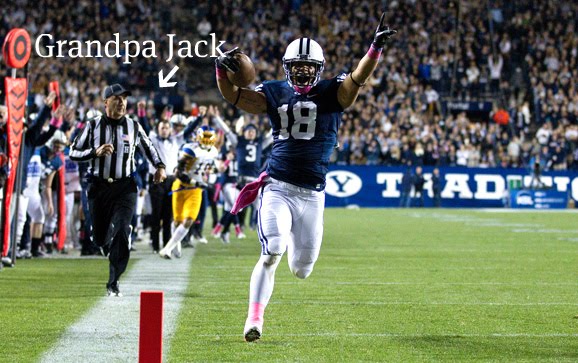 Good call Leah. Hopefully this means Grandpa Jack's next visit will bring more treats than tricks, although I wouldn't count on it because Grandpa Jack loves to tease. At least next time, she'll have a whistle to eject him with.
Happy Halloween. And happy birthday today to our Cal, who took Leah's approach three years ago when he pretended to be his Grandpa Jim by being born on his birthday. We are putting our candy to good use here, as we have much to celebrate.
at November 01, 2011