0
EVERY once in awhile, we're able to capture a photo of our Leah in her usual, happy state. But as a general rule, when it comes to smiling for the camera - She will have NONE of it. 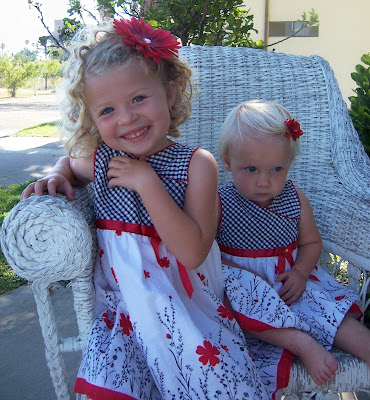 It's as though she's determined to appear UNhappy

This has been a continual source of frustration. That is...until last week when, while sorting through my childhood photos, I came across pictures like this one - taken by my dad when I was four.

Clearly, the apple does not fall far from the tree. 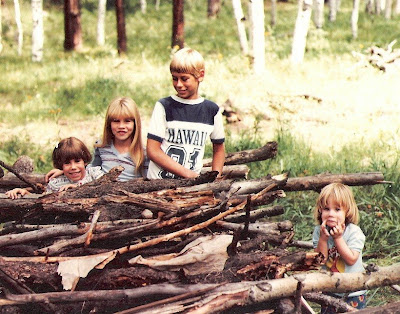 I have since forgiven Leah, and would like to take this opportunity to publicly apologize to my parents.
at August 26, 2008 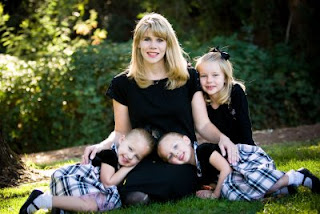 My sister Aileen finally started a blog, Bracken Files. We like to tease her about taking so long, but really...Looking after 4 such beautiful, highly intelligent, and extremely well-behaved children can not leave a person with a lot of free time. 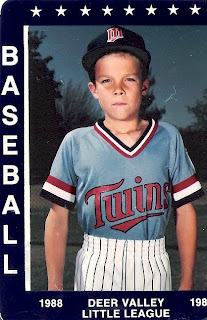 2. His only ‘B’ in college was in Child Development

3. He is among the 33% of people who suffer from brain freeze while eating ice cream

4. Jack is in the Guinness Book of World Records for being part of the “Largest Bingo House in the World,” Dodger Stadium, 2006

5. Every time the movie Castaway comes on TV, he feels compelled to watch it

12. His favorite dessert is Jello No-Bake Cheesecake (what a waste of my talents)

13. About 4 times a year he “gets crazy” and flosses his teeth

14. Yes - as the legend goes - While I was in the hospital in labor with Leah, he was at home drafting his fantasy football team. The WHOLE story, however, is that I insisted he do it against his persistent argument to the contrary. (There will be plenty of other labors. That was his only chance that season to have a dominant team)

15. He can play Journey’s “Faithfully” on the piano, perfectly.

16. You know how, when you make microwave popcorn, you inevitably wind up with a bunch of kernels at the bottom of the bag? Jack eats those.

21. The only thing that puts him in a bad mood is the song “Paved Paradise and Put up a Parking Lot.” (He's quick to point out however, that he could care less if paradise is paved. He just thinks it's the worst song of all times)

22. Other minor sources of irritation include Manu Ginobili, Maggie Gyllenhaal & the WNBA

23. Jack is an excellent climber and has hiked to the top of Mount Whitney, Olancha Peak, Half Dome, Mount Timpanogas, et al...

24. Number of times I’ve taken him to the ER since we’ve been married: 3

25. He never bites his straws or toothbrushes. His straws and toothbrushes are always in beautiful condition.

27. Jack is the anti-metro. It takes him 5 minutes to get ready. The only product he uses is a bar of soap. His wardrobe? He still wears a shirt that says, “BYU Intramural Champion 2002" (which, by the way, proclaims that he "Brought His 'A' Game").

30. He has a battery of hidden talents. When we were in high school, he surprised me with a doll he made using an old pair of jeans, a pillowcase, yarn, paint, a needle and thread. (Just don’t tell the baseball team). It’s the one thing I would save in a fire.


Did I miss anything? Feel free to add with a comment.
Happy Birthday Jack!
at August 16, 2008

.
I have never been fond of the French. When I was younger, my dad explained to me how they refused to let us use their airspace when Reagan ordered a strike on Libya, and I suppose I never got over it.

Then about a year ago, a friend of mine who had lived in France introduced me to Marseilles Soap. I'm so crazy about the stuff I am seriously considering reopening my personal diplomatic relations. 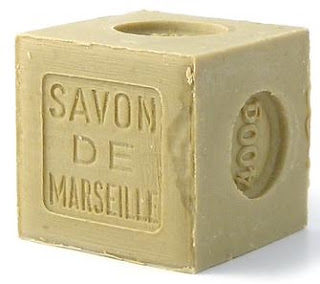 Marseilles Soap is a big rustic block made of pure olive oil.
It's intended for skin care, but I use it for laundry stains.
There's nothing it can't do - I've used it on my girls' clothes to remove popsicle juice, blood & grass stains (sometimes, all three at the same time)

Plus, I love how it looks sitting on my windowsill in the sunshine. I feel like I'm in the South of France, circa 1986, gazing up at my American-free sky...

(I order mine from amazon.com)

Our Leah turns two this month. How far we've come! This is a typical conversation between her and me:

Me: Leah, what do you need?

-
Jack & Jolie's favorite date night is a trip to Sports Authority. The two of them will spend entire evenings there, testing out equipment and talking big plans for when she's older. All I ask is that he snaps pictures on his cell phone - These are a few of my favorites from the past year.
- 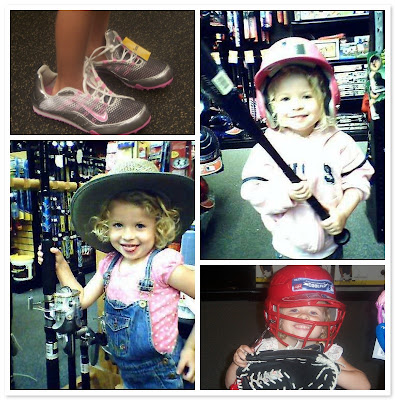