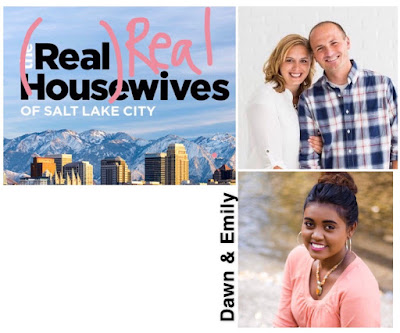 If you stand in the driveway of Dawn Mangum’s house, you can see roads from all four directions leading to it. It’s a fitting metaphor for the alternative paths by which she has arrived at her life there.

Eighteen years ago, after the joy of adopting her first child with her husband and plans for a large family, she suddenly found herself as a single mom. “I was alone in a tiny apartment with this baby,” she said. “Working nights, eating Spaghettios, just doing whatever I could to get by.”

To give herself a break, she said she began to “very awkwardly” take her daughter along to church activities for singles, where she said she was lucky to reconnect with Rick, a friend from high school, and the two were married. After a years long-struggle with infertility, her joy was complete when they learned they were expecting a son, and she was able to enjoy a happy, uncomplicated pregnancy.

Two months before the baby was to arrive, Dawn became concerned about his movement, and scheduled an appointment to be monitored. What followed, she said, “was a whirlwind of chaos and shock.” She was suddenly surrounded by teams of doctors, wheeled in for emergency surgery, and “before I could even figure out what day his birthday would be,” learned that her son, whom they named Matthew, did not survive. “My world shattered into a million pieces that day.”

Meanwhile, halfway around the world in Metehara, Ethiopia, a young girl named Hawi was facing her own whirlwind of chaos and shock.

She had lost her mother to HIV at age two, and both grandparents by age eight. Sent to live with the family of a step uncle, Hawi endured immense challenges until one night, at age eleven, she found an opportunity to escape, scaling the concrete wall that surrounded the home. From there, she made the brave decision to take a path around a lake which was said by the natives to be haunted, because she knew others would be too afraid to search for her there.

She then hitchhiked the two-hour ride to her birth city, hoping to find her father. Miraculously, she encountered a friend of her late mother there, who immediately recognized her because of the resemblance, and safely led her to an orphanage.

Finally out of harm's way, Hawi began to thrive. She is incredibly intelligent, and was soon the top student in her class. English came easily. She would often sneak off to a hut in the middle of the night to practice it by watching American television, where she first heard the name Emily and decided that's she would call herself. Hawi, which means "Hope," is now her middle name.

Emily became proficient as a translator, and for years assisted parents as they came in to adopt. Usually young children. Rarely teenagers. Never her. Now 14-years old, she was just one year away from being aged out of the orphanage with no options for the future.

By this time Dawn and Rick had gone on to welcome three more daughters. With their four girls and a peace about their son Matthew that came with time, they felt their family was complete. Still, the idea of a baby boy tugged at her heart.

That tugging eventually gave way to an idea, which became a suggestion and then a commitment, and Dawn and Rick found themselves submitting paperwork to adopt a child from Ethiopia.

Once cleared, she began checking the orphanage’s website constantly, where profiles were displayed of children who were waiting for a family. Firm in her decision to adopt a baby boy, she would quickly scan past girls and teenagers.

Until one afternoon, when she was clicking through, and Emily's picture appeared on the screen.

“I just froze,” Dawn says. “There was something about her.” Days went by and she could not shake the feeling she had about Emily, but hesitated to tell Rick because it was so far from what they had agreed upon. “I finally texted him at work,” she said. “I was half hoping he would say I was crazy so that could be that, and we could move on.”

Instead he immediately replied, “I think we should look into it.”

Two months later they were on a plane to Ethiopia to meet their daughter. Arriving at the orphanage past midnight, she said they expected to see Emily the next morning, but instead found her waiting, anxious and excited to welcome her parents. 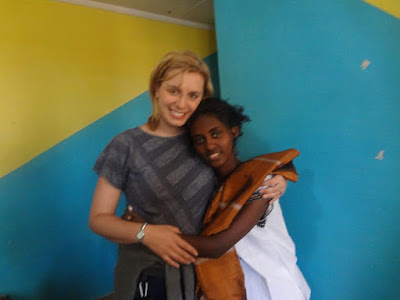 Entering a new country and new family at age 14 was a tremendous adjustment for Emily, but her hard-earned strength and intelligence served her well, and she quickly began to blossom. “We love her so much," says Dawn. "She has blessed and enriched our lives far more than we ever could have imagined." Adding, “I don’t deserve any recognition for adopting her. She's the one who’s incredible. We’re just the ones who happened to be listening and answered the call.” 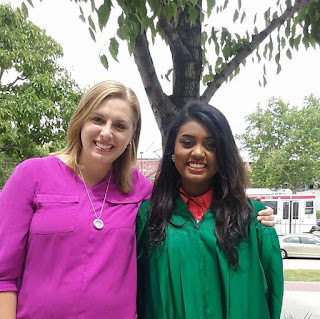 After graduating high school then serving an 18-month church service mission in Georgia, Emily fell in love with the south and is now working in Kentucky. There, she lives close to four others from Ethiopia, seen together in this photograph at the orphanage before their respective adoptions. 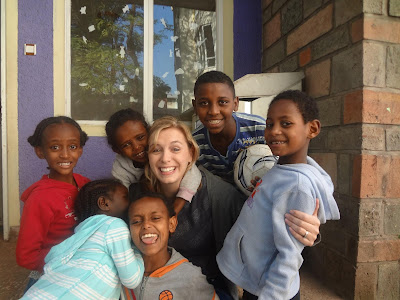 It has been a winding path for Dawn, Emily and the others seen here, and a realization that life is not just the result of roads we chose to take, but the moments they intersect with one another.