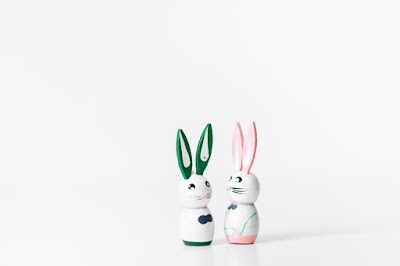 Winter in Virginia in 2013 was brutal.

The snowfall was constant that year. We had so much of it, in fact, that school was cancelled a record eleven times. I had four kids under eight and was living in a fixer upper with insufficient insulation and no garage. When I look back on that winter I can only remember doing two things - hiding in a hot bath in the middle of the day, or debating whether getting the kids out of house was worth the misery of scraping the car.

What got me through was dreaming about spring break. Spring break, I decided, would be our happily ever after. When it was spring break, the sun would shine and the sight of cherry blossoms would welcome us outdoors. I envisioned leaving the house without chipping ice off the car or zipping everyone into layers, driving with the windows down, and picnicking by the monuments.

And it finally did arrive, on a Monday in late April, along with five inches of snow. On Tuesday, I was diagnosed with a sinus infection which by Wednesday reached my stomach, and knocked me out for the rest of the week. By Wednesday afternoon the house was a category 5 disaster. I think it actually smelled, although my sense of smell was gone, so that is pure speculation. To add to the fun, we lost the remote, cutting off access to the TV and leaving the kids to work out for themselves whose turn it was to use our one iPod Touch. Think Hunger Games, minus the hunger part, as they had also managed to gain unfettered access to the Costco stash of goldfish.

As I spent the week in bed, I now dreamed about Easter.

On Easter, the disappointment of the week would be behind us. By Easter, the antibiotics would take effect, and my energy would return. On Easter, the house would be restored to order, and so would the kids. I envisioned scrubbing them clean, dressing them up, and watching them discover their basket treasures. They would delight in their egg hunt and forget all the times during the week I neglected or lost my patience with them.  Easter would make everything better.

"This Easter morning, more than most, I felt overwhelmed with gratitude for my Savior. The laments of my week were so trivial, but I know that even they were included in His sacrifice. He is the answer to every disappointment, and the source of every happiness. I imagined His resurrection today, and compensation for all my failed expectations, and I was genuinely happy."

I'm very aware, looking back, of how inconsequential my troubles were that week, but the lesson remains. I had high expectations but don't we all, in life. We want to be healthy and happy. We want great relationships and perfect children and jobs and homes that turn out the way we envision.

But the older we get the more acquainted we become with disappointment. Our bodies don't always do what we want them to. People get sick, and pass on. We're confronted with pain and loss and betrayal and children that don't arrive or turn out the way we hoped. Economies fall and jobs are lost and pandemics bulldoze our normal.

And somehow the answer to all of this, is Easter.  In whatever tunnel I find myself, no matter how small or vast and regardless of how I got into it, I know that when I can't see light at the end, it can always be found shining from the empty tomb. 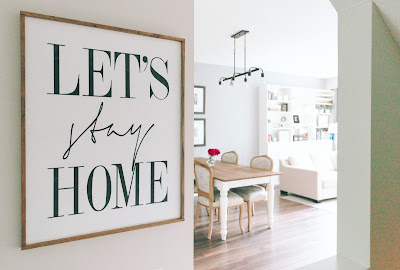 I plan out my days in the notes app on my phone, and March 11th was a doozy. All four kids had dental appointments, and there were errands to be run. I volunteered in my daughter's careers class, took the boys to and from two soccer practices and attended both their parent teacher conferences, with an assortment of to-dos crammed into the margins.

When I finally fell asleep that night it was late and I was exhausted, leaving dishes in the sink piled by kids who had fended for themselves while I was too occupied to feed them.

And then the next day, one by one, all our commitments fell like dominoes.

My daughter's prom was the first thing to be cancelled, and then school. Church was indefinitely delayed, as were sports. My son's school play was postponed. Playdates, parties, plans with friends, gone.

In succession, it was like I was watching every commitment run down my calendar as though written in fresh marker on a white board, then hosed down by a global pandemic.

Well look at that, I thought, we've begun an elimination diet.

Years ago, when my daughter first exhibited signs of attention deficit, her pediatrician suggested we try an elimination diet. Sometimes behavioral issues in children, she explained, can be triggered by a reaction to certain foods.

Because there was no telling which foods - wheat, dairy, soy, artificial dyes - she advised that we remove all of them from her plate for several weeks, then reintroduce categories one by one and monitor how she reacts. If she was calm, for instance, when eggs were eliminated but became hyperactive when fed them again, we would have uncovered our culprit.

A few years later, I heard the term "elimination diet" again when Whole 30 became popular. I had a few health-conscious friends on the diet and was fascinated by their ability to subsist for an entire month on seafood and a mysterious substance called ghee. ("But you can eat potatoes!" they would tell me, as though this was a flavor of Ben & Jerrys. "But not nightshades," which I pretended to understand before going home to nervously Google "nightshade.")

Now, in the days of quarantine, the concept of elimination diet has once again entered my mind.

Just like my attention-deficient daughter without any sugar or artificial dyes in her system, I too began behaving differently when commitments were removed from my calendar. I have been calmer. More present. Experiencing each moment rather than anxiously anticipating the next.

Since our family began sheltering in place, we have sat down together every night for dinner, something we can rarely pull off lately amid the juggling of work, activities and spring sports. What will it feel like, I wonder, when we re-introduce soccer and baseball into our diet? How we react?

My teenage daughter, who is never without plans on Friday and Saturday nights, can now be found spending weekends in her younger brother's room, laughing over a video they made together, or listening patiently to detailed explanations of his latest conquest on Fortnite.

My younger daughter, who relies on special education teachers to shepherd her through middle school now just has me and the kitchen table.  As we have struggled together to try and navigate through her classes, I've been rewarded with small moments of joy, discovering abilities in her I didn't realize she had.

We're more rested these days. Our mornings are no longer rushed. We're not eating out or spending money on things that are unnecessary.

Of course we have also been confronted with the awful reality of pandemic and anguish of economic uncertainty. There have been real fears, and there have been tears. But in the midst of it we also uncovered an unprecedented opportunity to to reconfigure what matters most. And what doesn't really matter at all.

I can't wait until my house is once again filled with friends from the neighborhood. I miss going to church and sending my kids to school, and dream about sitting in the bleachers to watch my boys play baseball. But when all of that resumes, when the mask and gloves come off and my calendar begins to reach it's previous capacity, I worry that if we go back to the same life we lived before, a critical opportunity will have been lost.

So for now we stay home and keep washing our hands, trying to scrub away anything that could threaten the safety and balance of being inside.