In Utah, July 24th is a major state holiday - Pioneer Day, which commemorates the settling of the Salt Lake Valley. Businesses are closed, and celebration commences across every city, in the form of parades, rodeos and fireworks.

Their story began during their freshman year in high school. They were in the same seminary class, where Mom quickly developed a crush on quick-witted, popular Dad. She was shy, and for the next four years tried unsuccessfully to get up the nerve to ask him to Sadie Hawkins.

By senior year Dad was class president and homecoming king and mom had all but given up when, out of the blue one day, he approached her locker after school to ask her on a date. From that moment on, they were inseparable.

Months later she asked him what, after four years, made him suddenly decide to ask her out.  He told her that he had had the same dream three nights in a row. In it, he saw the two of them walking had in hand, laughing. He couldn't get the image out of his mind and decided to pursue her.

I love that story. 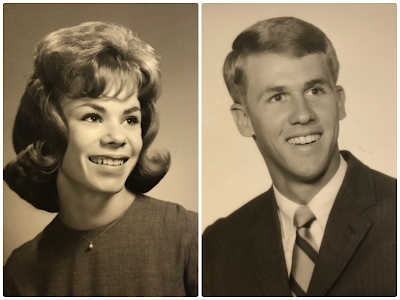 After two years of dating he left to serve a mission in Brazil, where he proposed in a letter, and they married six weeks after he returned. 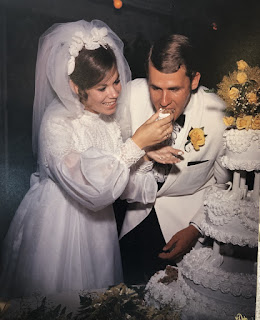 The secret to their good marriage wasn't any single dramatic event, or sweeping, monumental gesture. Rather, it was a lifetime accumulation of all the little daily choices, habits and acts of kindness. 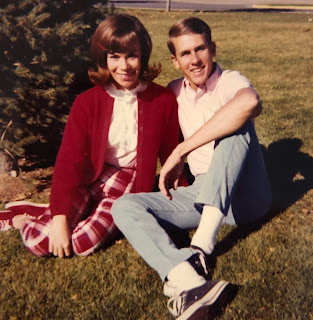 Dad, for instance, was always complimenting Mom. There were several familiar phrases he liked to use, few of which were politically correct. In a poem he once wrote her for Mother's Day, he said -

"You're a good looking broad," I always say
As offensive as that may seem
To the world at large with its liberated way
But inside it makes me beam 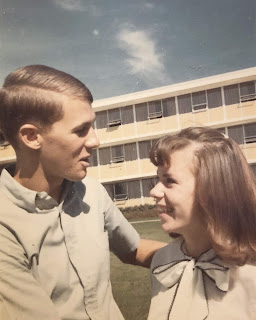 When she entered a room he would whistle so loud I'm sure the neighbors could hear. Mom was flattered and appreciated it at home but when we were out in public, it was a little embarrassing. Especially when we were at Church. 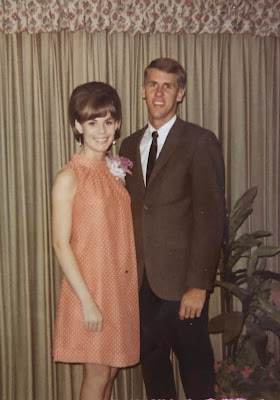 He was always giving her gifts. Not flashy jewelry or elaborate vacations. Better gifts, like the heart shaped rocks for which he was always on the lookout to give mom. She keeps some of them displayed in this box. 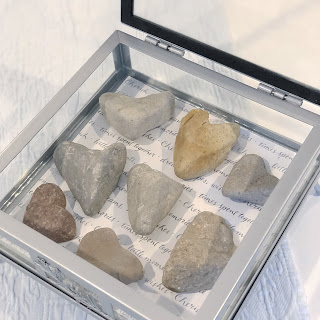 He would also write little poems on index cards or the backs of printed church programs. One of his favorite tricks was to hide them in the refrigerator or freezer for her to find. It was not uncommon to scoop ice for a drink during the hot Arizona summers, and end up with one of dad's love notes in your glass.

His specialty was rebus - puzzles in which words are represented by combinations of letters pictures. These are a few of my favorites that he gave her - 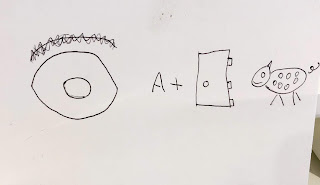 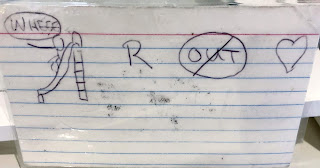 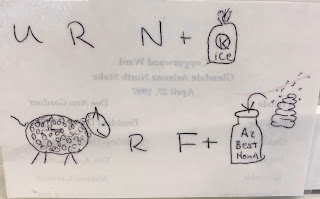 My childhood memories of their romance aren't necessarily of red roses or candlelit dinners.  It was things like the nightly dinner routine. My mom loves to cook and dad loved her cooking. As she would scurry around the kitchen in a whirlwind, Dad was right behind her, putting things away and cleaning up. 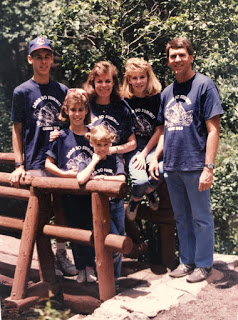 He also loved running errands with her, and joked that his role in their marriage was to "drive and pay."  Every Saturday they grocery shopped together.  He would do produce, dairy and drinks, and Mom took care of the rest. Then they'd meet up front, where she would sift through his cart and take out some of the junk he had snuck in.

Their nickname for each other was Pal, and it fit them perfectly. They were one another's greatest friend and champion. Mom supported dad through years of schooling, long days at work, and late nights fulfilling Church responsibilities. Free time for him was rare, but when he did get it she attended all his softball games, made ASU football a priority, and was genuinely happy when an opportunity arose for him to golf. 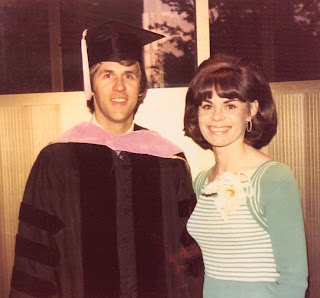 They were married 33 years before his passing, but there is no end to effects of the life they built. So today, we celebrate. Happy anniversary! 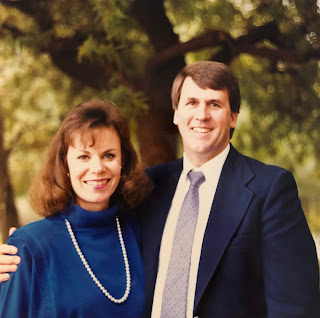