Every November we celebrate my dad’s birthday, and also mark the anniversary of his passing. This year was the ten year mark. 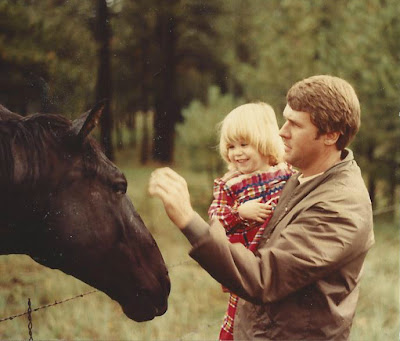 I rarely mention my dad in conversation, or on this blog, simply because it overwhelms me to describe to people who never knew him, exactly what they are missing. I just have no idea where to begin.

After ten years I still have no idea where to begin, but I’m finally willing to make an attempt. Here are ten things about my dad I would love for people to know.

10  My sophomore year in high school, an upperclassman passed me in the hall and said, “Hey Foutz! Tell your dad what’s up!” I didn’t know who he was, but later made the connection that he bagged Dad’s groceries at Safeway. It seems that during the time it took to load up his cereal and eggs, the two had become fast friends. That was very typical of Dad. He never met a stranger.

9  He was also the most popular kid on our street. When Dad’s car would pull into the driveway after work, it would be surrounded by bikes and scooters before he could even turn off the engine. He always made time to shoot baskets or pump up bike tires before coming in for dinner. It was not uncommon to answer the doorbell to a porchful of kids, asking if Jim could come out and play, or if he was available to attend their birthday party.

8  Dad played guitar very well. From my earliest memories until I left home for college, he would sit at the foot of my bed whenever he had a free evening, and take requests.  Always at the top of my list were Puff the Magic Dragon, and Harry Chapin’s Cats in the Cradle.

7  Dad learned Portuguese as a missionary in in the 60s, and thought that qualified him to strike up a conversation in Spanish with every Mexican we encountered. When he received high council assignments to speak in the Spanish branch, he refused to use an interpreter, but insisted on delivering the talks himself. I remember once he quoted a list by President Kimball of appropriate Sabbath day activities. When he got to “take a nap,” he paused, looked up and said “Gracias Presidente Kimball. Me gusta.”

6  Dad liked to say that his role in the family was to “drive and pay.”  He could spend an entire Saturday escorting my mom, sisters, and I on a shopping frenzy without uttering a single complaint. When asked if he was bored, or had any preferences, he would say, “Oh, don’t worry about me. I just drive and pay.”


5  His ability to retain knowledge was unmatched. In college, my coworkers and I invented a game.  We would go through the dictionary in search of the most obscure word we could find. When it was selected, I would call him, with everyone watching, and ask him to define it. If he could, I won. I was undefeated.

4  Dad was a dentist, and I spent my summers growing up “working” in his office. From the front desk, I could observe changes in the demeanor of patients from the time they entered, to the time they left. No matter how nervous an adult was when they checked in, or how loudly a child was screaming, almost everyone came out laughing.  I was constantly coming up with excuses to wander into the operatory while he was working, because nothing made me prouder than being introduced to people as his daughter.

3  Dad was a talented athlete, and jumped at any chance to play. When the doorbell rang, he would say, “I bet it’s 19 guys looking for one more guy to start a softball game.” When my brother Jeff was in his 20s and joined a city league, Dad attended loyally. Once, when the team was short a player, Jeff suggested that his dad fill in. I’m sure there were serious reservations about a man in his fifties making any kind of contribution, but they had a need, and Dad just happened to have his mitt in the car. Not only did he surprise them with his abilities, but he became a permanent member of the lineup. One of the players later told us that they could be down 10 runs in 9th inning, and Dad would call out to his teammates, “Alright boys. We got ‘em just where we want ‘em!”

2  The saying goes that the best gift a man can give his children is to love their mother. There was no question how Dad felt about Mom. Every free moment was spent with her, taking her on errands, to movies, or cleaning up the kitchen as she whisked around preparing dinner. When Mom got fixed up and walked into a room, Dad would whistle so loudly we were certain the neighbors could hear. It was flattering at home, but a little embarrassing when we were out in public.  Especially when we were at Church. He wrote poems and hid them in the freezer for her to find, and showered her with praise in front of his kids. “Isn’t Mom the best cook?” “Doesn’t she make the house look so beautiful?” “Isn’t Susan a good-looking broad?”

1  I don’t have a single memory of my dad loosing his temper. Not one single memory. No matter how long his days at work, or how late into the night he was serving at Church, every time he walked through the door at the end of the day he would put down his briefcase, lay aside his troubles, and say the same thing. “It’s good to be home.”

Ten years ago, when he was suddenly gone, my family took great comfort in imagining him walking through the doors of heaven, setting aside the cares of the world, and declaring, "It's good to be home."

It wouldn't be heaven unless he was there. 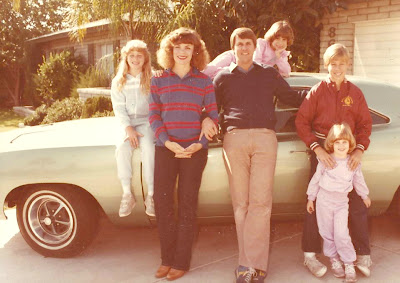