My 14-year old daughter invited friends over tonight to make gingerbread houses. She's our oldest child, and it was the first time she has hosted both boys and girls. After everyone left and my husband and I were scraping up piles of candy and frosting, we invented a new Christmas game I thought you might enjoy.

To play, all you have to do is identify the gender of the following gingerbread house architects - 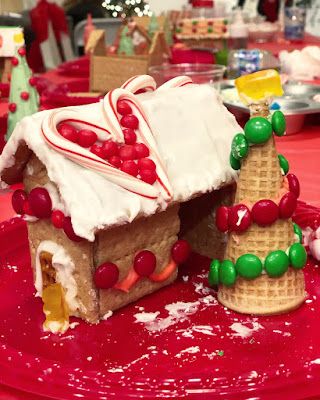 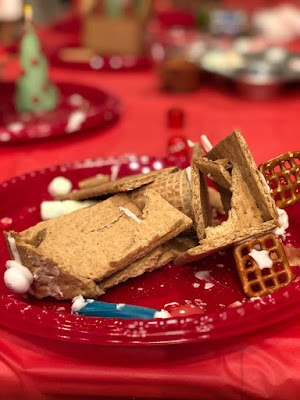 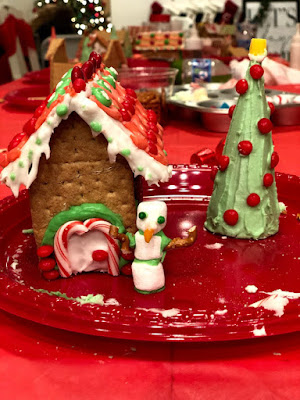 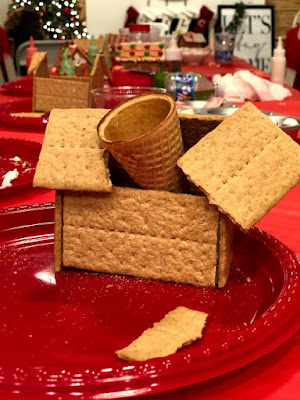 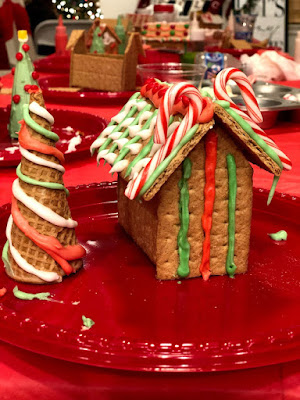 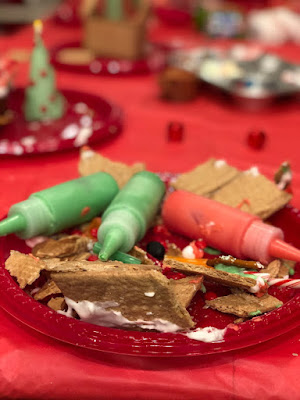 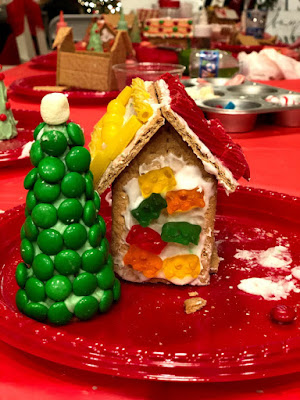 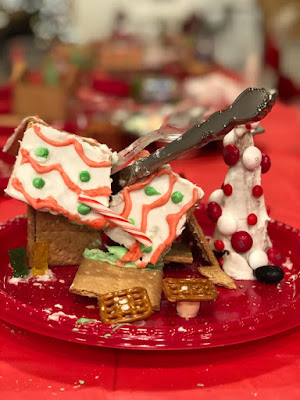 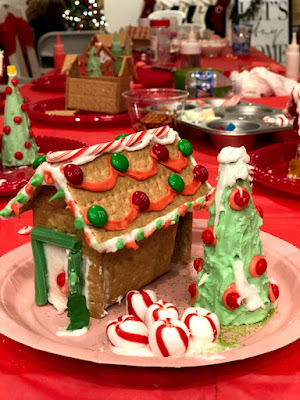 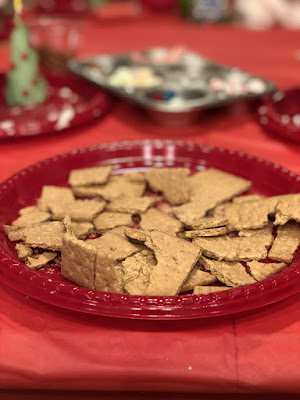 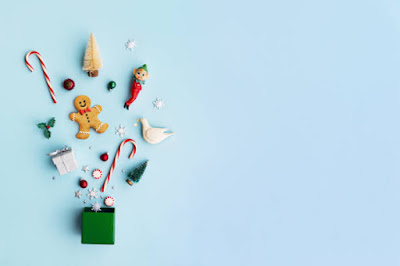 Every December, when Christmas shopping becomes the default topic of conversation among moms at class parties and playdate pickups, I find myself apologizing, in one form or another, for the number of presents I plan to buy my kids.

But this year, I've turned over a new holly leaf. This year I'm coming clean with the fact that I spoil my kids on Christmas, and won't let anyone bah humbug me about it.

Now, if the four gift rule works for your family, I applaud you. I like that it's simple, budget-friendly, and sets clear expectations. If limiting your number of purchases decreases your stress level or makes you feel like you're gleaning more from season, by all means! Just please don't assume that the ever-growing stack of Amazon packages on my doorstep in December, on the other hand, mean that we've lost sight of the true meaning of Christmas.

Both Jack and I grew up in hard working, middle class families. We had parents who were disciplined, self-sacrificing, and taught us all about charity, gratitude, and delayed gratification.  But when Christmas came, all bets were off. Every December, my mom stopped at nothing to make our house look, smell, taste and feel like magic, and piled so many presents under the tree they climbed halfway to the star. The year Cabbage Patch Dolls were sold out across America? My sisters and I opened NINE OF THEM, collectively. Jack also remembers all his dreams coming true on Christmas morning, and we both recall fondly the thrill of being unable to sleep the night before, and the giddy anticipation of lining up in the morning, youngest to oldest, waiting for Dad to return from his scouting mission and declare that Santa had come. And boy, had he.

Doing the same for our kids allows us to relive a bit of our own childhood through their eyes.  Because let's be honest, being an adult is hard. With age come burdens, worries and responsibilities that evolve, but never leave you. Childhood is the one and only shot we are given in life, and it is such a quick one, to experience pure, unadulterated wonder. If you're lucky enough to have such a childhood, the magic of those memories can sustain you well into adulthood. Go big I say, as there will be plenty of opportunities later to learn about deprivation.

I believe that Christmas is a celebration of the birth of Christ, and of everything that entails - forgiveness, salvation, love, and service. I also don't think that any of those gifts can be negated by one morning of being buried in wrapping paper. Must there be a linear relationship between how minimalist we are, and how well we're teaching our kids about charity?

So when I hear it suggested that Christmas gifts be kept to a minimum to avoid raising spoiled or materialistic children, I always wonder why that lesson has to be taught on December 25th? I spend 364 days a year saying no to my kids. I say no at the grocery store. I say no at Target. I say no when they beg for the same toy their friend has. They do extra chores to earn privileges, save for their own purchases, participate in charitable causes, and offer daily prayers of gratitude. Surely our collective efforts to raise hard-working, generous humans build a foundation that can't jeopardized by a single morning of indulgence.

At least, I sure hope that's the case. Because of all the hats I wear as a mother, Santa's is my favorite.
at December 07, 2018