To commemorate, here are six things you should know about him.

(1) He is lucky to have lived this long 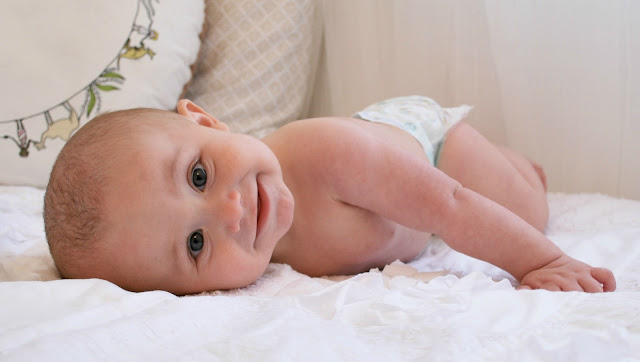 Because I am constantly tempted to eat him alive 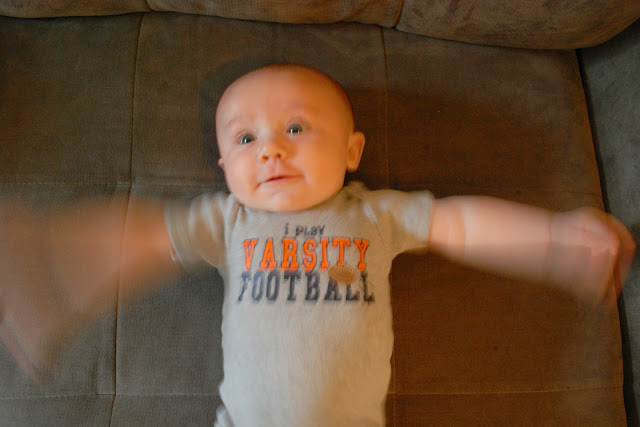 When I showed my mom this picture, she asked if he's ever become airborne


I left the broom out one morning, and while I was busy with the other kids he grabbed it from his Johnny Jumper and got to work. 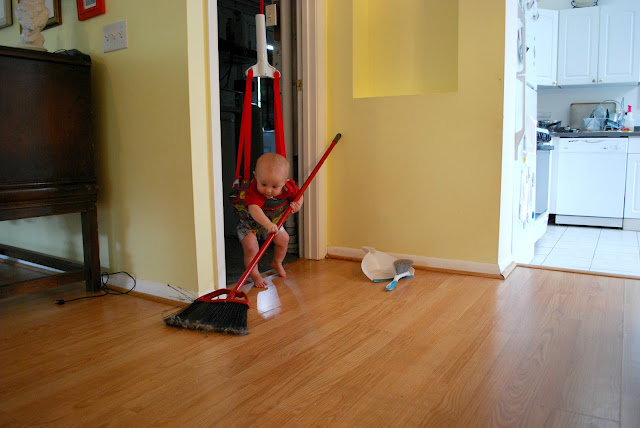 Honestly, I don't know what was more amusing - The sight of him cleaning, or of the other three collapsing in giggles when we walked in and discovered him.

(4) He's tight with his cousin Mack


Here they are at their first slumber party 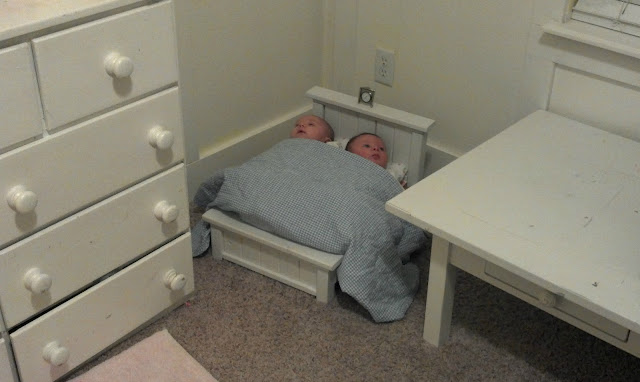 
He refuses to lie down in his bouncy seat (like a baby), but rather insists on sitting up (like a man) 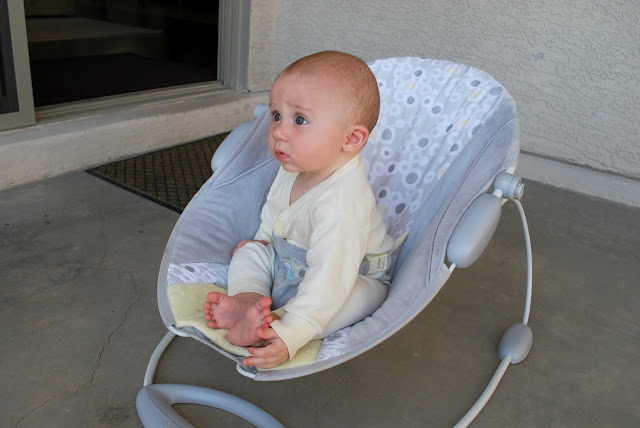 So I dress him in a lot of infantile yellow jammies. Just to keep him in his place.

He can do this.