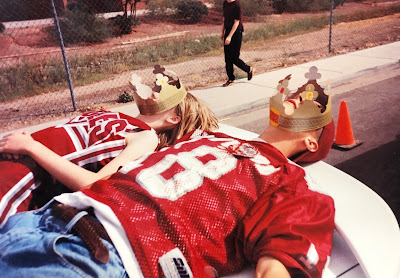 
After conveying in my last post how important I believe it is for girls to participate in student government, I thought I would share the story of my own high school campaign.

At the end of my junior year, I talked myself into running for student body president and decided to file early, knowing I could just as easily talk myself out of it.

Applications became available on a Monday morning. I picked one up before school, quickly collected the requisite signatures, then waited anxiously for Friday's deadline, wondering who would file to run against me.

The week dragged on with no news, and by Thursday afternoon I was still uncontested and breathing a sigh of relief. No one to run against meant no campaigning. No posters. No speech. No self promotion or trying to convince anyone I was a superior choice. This might have been bad news for the democratic process, but it was great for my limited comfort zone.

And then at the eleventh hour, on Thursday afternoon, a baseball player showed up on his way to practice to throw his hat into the ring. He had been recruited by the student government advisors to run, and they couldn't have picked a better candidate. He was popular and well-liked. Smart. Good looking. Quarterback of the football team. Kind to animals. I was toast.

It's remarkable how quickly a person can turn from reluctant dreamer to Tracy Flick, but that's exactly what happened to me. For every poster he hung, I hung five. I crafted and distributed 500 neon paper neckties with my slogan on them. Did you know that six rolls of butcher paper will cover an entire wall of the cafeteria? Neither did I, until he decided to mess with me.

As the week went on he campaigned casually, maintaining the breezy demeanor of someone who was only running because he'd been asked to. I, on the other hand, was sleepless. Think Hilary Clinton in October, when the Access Hollywood tape hasn't deterred Trump and Comey suddenly decides to investigate your emails. I lobbied the cheerleaders, rallied in the quad, and delivered my speech like Winston Churchill before the House of Commons.

In the end it all paid off I suppose, although I was too exhausted to even enjoy the victory. My opponent conceded and congratulated me like a gentleman. I thanked him, and apologized for hiring someone to run over his dog. I'm kidding!

A month into my term however, there were fireworks. Literally. My vice-president, whom I will call "Phillip" was implicated in a scandal that involved the homecoming bonfire and dynamite, and asked to step down from office. Looking back on it all, I gotta give Philip the credit he deserves. The bonfire incident made for a night none of us will ever forget, and as a politician if you're going to go down in flames, why not literally go down in flames?

After the ashes settled, the student government advisors were tasked with filling his vacancy, and decided to do so by appointment. Their choice was obvious - The guy who had run against me. He accepted the position and was sworn into office. We shook hands, buried hatchets, and posed for this official yearbook student government photo which, for reasons I honestly can't remember, we thought would turn out best if we stood behind dead bushes. 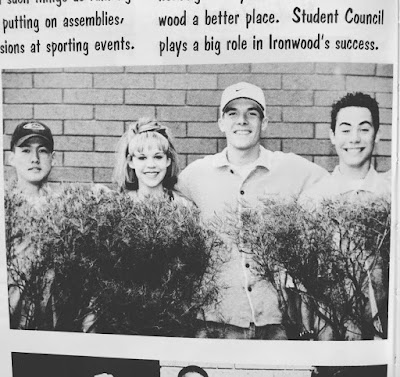 As the year progressed, I was pleasantly surprised to discover that this vice president and I actually worked really well together. So well in fact that at the end of the year he asked me to prom. 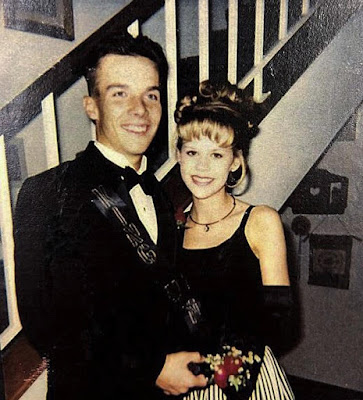 And four years after that, asked me to marry him. 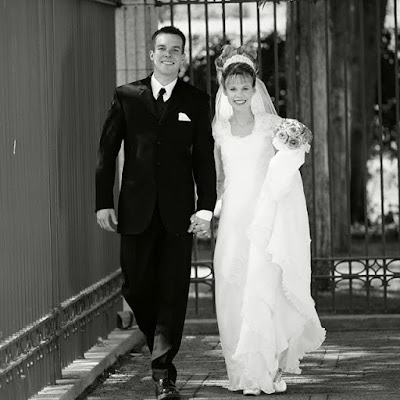 This month marks twenty-three years since that campaign, and there's still no one I'd rather have as my second in command.