-
In the spirit of election season, we enfranchised the girls by letting them choose their own Halloween costumes, unimpeded (no small feat, considering my control issues).

Jolie turned her nose at every princess/fairy/ballerina getup she was shown, instead insisting upon Supergirl, telling us "Then I can rescue people." Atta girl. (Though if we're being honest, I think it was the boots).

Leah's little finger pointed to the bumble bee dress, and her wish was granted instantly. Leah gets whatever she wants. We love her to bits.

I thought my costume options were limited by my pregnancy, until Jack suggested I go as Bristol Palin. Perfect. He even offered to escort me as baby daddy Levi Johnston.

Thank you Grandpa Jack for the costumes, and for such a fun week with the girls!!
- 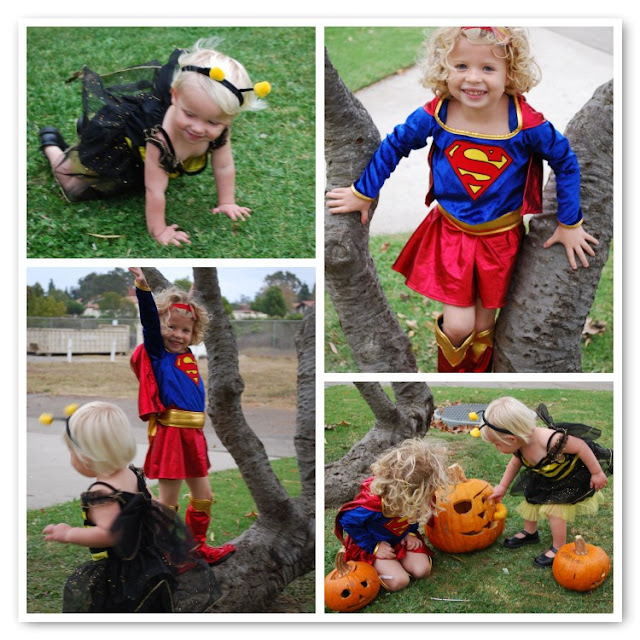