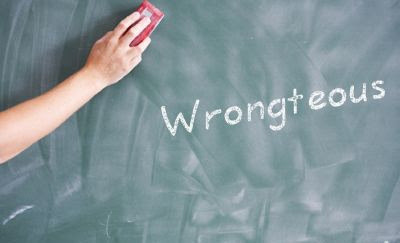 At one point when we were younger, my sister Aileen adopted the word “raunch” to denote all things inappropriate (ie “You’re getting on my nerves” became, “Quit being such a raunch”)

Once when my sister Jane had (shall we say...) 'a less than cheerful disposition,' Aileen escalated the situation by suggesting Jane have a “Raunch-a-thon," wherein she could go door to door, asking neighbors to pledge a certain amount of money for each manifestation of her bad mood. According to Aileen, this could finance an entire summer vacation.

Personally, I thought the idea had some merit. But, Jane cheered up and we stopped shy of implementation.

Earlier this week I was holding baby Cal, super busy falling in love with him. Jolie sat next to me and rubbed his bald little head.

“And if you’re bad, you’re rauncheous.”

”Did Aunt Aileen teach you that?”

Fairly certain (though admittedly not positive) that “raunchous” appears nowhere in the CTR5 Manual, I asked a few follow up questions and realized that she was actually saying “wrongteous.”

Two days later, during a discussion on hitting Leah (which was prompted by Jolie hitting Leah), I asked, “Jolie, is hitting your sister righteous?” She wouldn’t look me in the eye. “No…..Wrongteous.”