.
The same week that Jack is preparing to graduate, our Jolie is strapping on her giant blue backpack and taking her very first steps inside a classroom.

Here are the two of them, first day of Kindergarten. Jack has tears in his eyes. Jolie is a little nervous. Both have a lot on their minds.
. 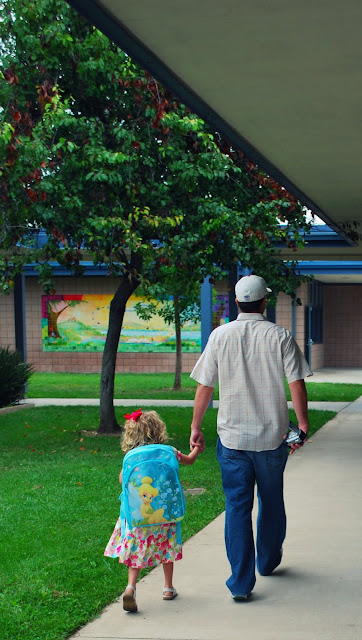 .
And here, the moment I got teary eyed. When the bell rang, Jolie first kissed Cal goodbye,
. 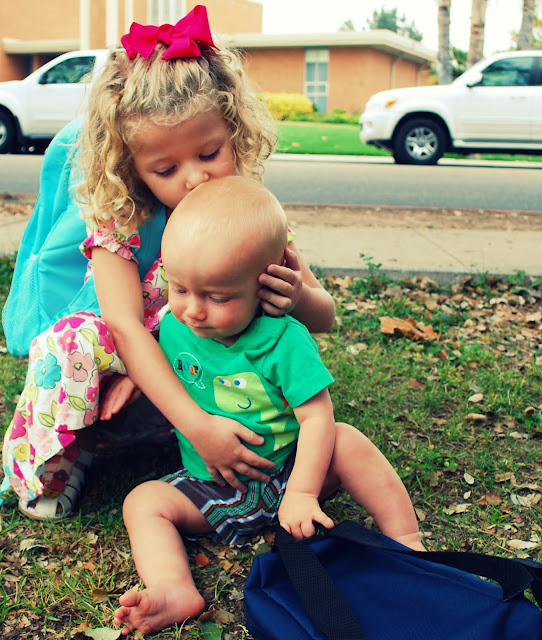 .
and then told Leah she wanted to tell her a secret before she left.
. 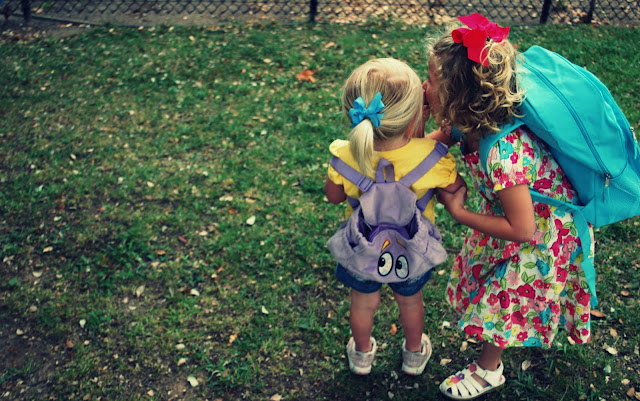 . .
I would give anything to know what that secret was, but didn't dare ask. I know all about secrets between sisters. (Plus, I like to imagine it was something precious, like, "Take good care of Mommy while I'm away," when in reality she was probably cracking some joke about poop.)
.
.
.
Finally, the last picture we took. Just after the classroom doors were closed.
.
Now that I've learned how quickly the first five years fly by, I went home and spent every free moment of the day scooping up Mr. Class of 2026 and giving him kisses. 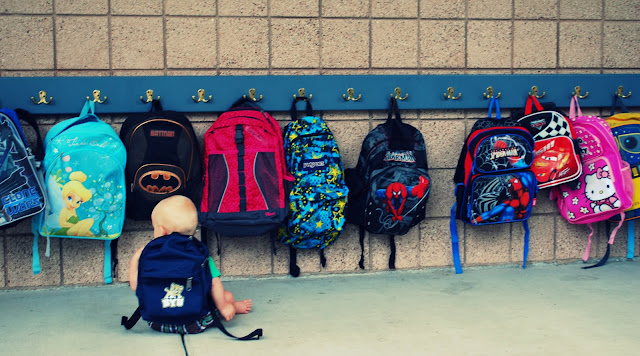