This is Cal's last year home with me before he starts school.

I do adore having him around. He is helpful, clever, and perpetually entertaining. Some days I wish I could have a 4-year boy as a sidekick for the rest of my life.

Last night I was looking through a journal I keep of funny things the kids say and realized that, in spite of being my youngest talker, he has the most entries. Here are some of my favorite quotes of his from the past year -

"I wish I was half kid, half grownup, and half Spiderman." 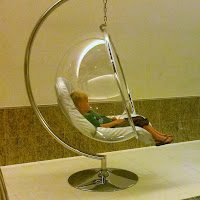 "Mom, did you know Buzz Lightyear can lift a train? Not even I can do that." 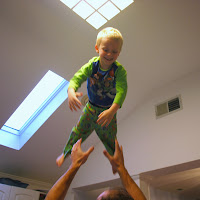 "What if you're a REALLY good boy, you just REALLY want to shoot ducks?" 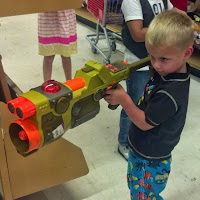 After Jack made him get out of pool for taking Leah's toy, he stormed past me and said, "This is my worst life!" 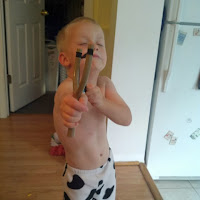 One morning I asked if he wanted to invite his friend Adam over for a playdate. He said, "I don't know, that's a hard question. He's kind of a Sunbeam." 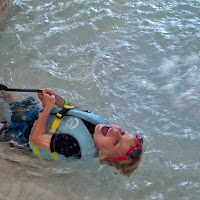 Eddie grabbed a razor in the bath and cut his hand. Cal walked in as I was trying to stop the bleeding and said "Wow, Mom. That was your fault." 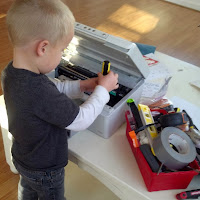 "Mom I just remembered something I forgot to tell you this morning when you dropped me off at preschool."
"What?"
"That I didn't want to go." 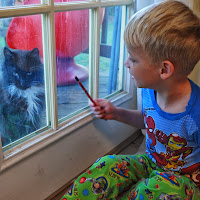 "Eddie is so cute. I'm going to miss him when he goes on a mission." 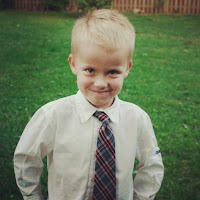 Jack told him he was taking him to a Washington Nationals game. He picked up his bat and said, "OK. I'll do my best." 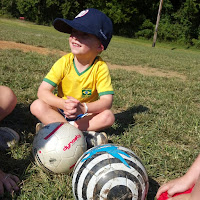 Pointing out the Bishop's Christmas card to his preschool class, "Look guys. It's the boss of the Church."

(Exiting the bathroom) "I still have a wiener. I'm still a boy."

I keep a trophy in the kitchen that's a statue of a chef holding a spoon. He asked if I had won it and when I said yes, said "Wow, you must be really good at stirring soup."

His friend Paul gave him a note that said, "I love you Cal." He gave it back and said, "Next time just draw Batman." 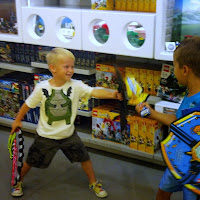 One night I bore my testimony that after we die we can be with our families forever. I asked if he had any questions and he said, "Will we be able to eat hot lava?" 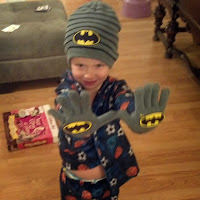 "Why is Uncle Richard taking a nap? Only moms take naps." 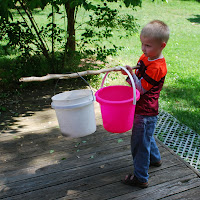 "I had a bad dream. I dreamed the moon could talk."
"What did it say?"
"That I had to clean the whole world." 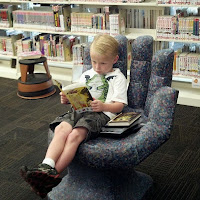 I told him we need to buy a new jacket because his is getting too small, and he said, "Really? I thought I was getting too big." 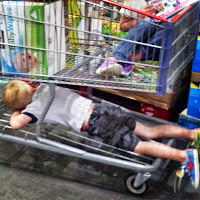 After an employee at Costco called him Batman, he leaned over and whispered, "HOW does he know??" 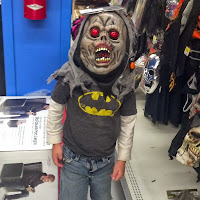 Sarah Nitta was busy washing dishes when she noticed movement behind her backyard fence. Upon closer inspection she was able to discern a ...