Penny For Your Thoughts 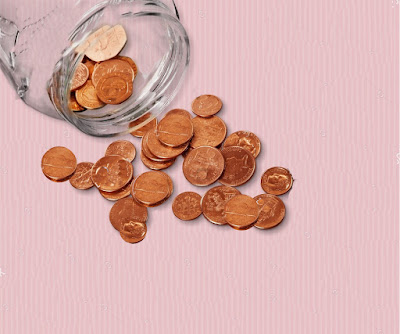 One of the most valuable lessons I learned in college was also one of the simplest.

A religion professor once asked me to describe what I would see if I held a penny directly in front of my eye.

A penny, I answered.

What else, he asked?

Probably nothing, I said. If it was directly in front of my eye it would eclipse everything behind it.

Then, he asked what I would see if I took the same penny, taped it to a wall, and looked at it from across the room. I would still still see the penny, I said. But it would look much smaller, and I could also see everything around it.

He was illustrating the ability to keep life's challenges in perspective, an imagery that has always stayed with me.

My favorite kind of people are the ones who don't hold pennies in front of their eyes. Those who are dealt the inevitable challenges of life, but who refuse to be defined by them.

I was reminded of this yesterday when I heard of the passing of of Charles Krauthammer, one of my journalism idols. He was a brilliant psychiatrist, turned political speechwriter, columnist, pundit, and diehard Washington Nationals fan. I devoured everything he wrote and said, following him in print and on television for years

before I realized he was paralyzed.

It turns out, I was surprised to learn, that when he was 22 and in his first year at Harvard Medical School, he was in a diving accident that severed his spinal cord, and left him paralyzed from the neck down. After 14 months in the hospital, and adamant that the accident not define who he was, he returned to medical school and went on to graduate, marry, have a family, work as a speechwriter for the Carter administration, write a weekly editorials for Time Magazine and the Washington Post, earn a Pulitzer Prize, and unknowingly accept me as a member of his fan club.

A severed spinal cord is certainly a penny he could have held in front of his eye, and no one would blame him for it. To quote Cameron from Modern Family, "If an accident does happen, I hope it kills me, because I don't think I would be a very inspiring disabled person."

Charles Krauthammer, on the contrary, once said of his paralysis, "All it means is whatever I do is a little bit harder, and probably a little bit slower. And that's basically it. Everybody has their cross to bear - everybody. It's very easy to be characterized by the externalities in your life. I dislike people focusing on it. I made a vow when I was injured that it would never be what would characterize my life."

One of the best tributes I have read since his passing came from Chris Wallace, who said, "In all the years that I knew Charles, I never heard him express any sense of pity, or why me. He led his life fully, vibrantly. Yes, he was very bodily disabled. No use of his legs, almost no use of his hands, and yet he lived a full life...a life of passion and great consequence."

I'm no Chris Wallace, but wanted to add this simple tribute of my own to such an admirable man. Grateful for what I learned from him about journalism and life, not up close, but from across the room, so to speak, at a distance.