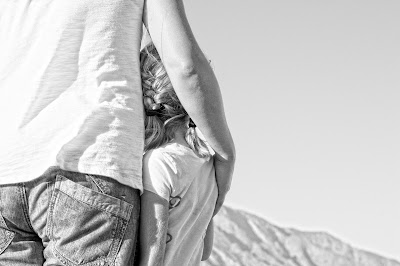 Leah struggles with coordination. Before we understood the nature of her challenges, we just thought she was clumsy. Adorably and sometimes maddeningly clumsy. Genuinely baffled when she was about three, Jack once asked, "How is it every time she's in her room getting dressed, it sounds like she's taking down load-bearing walls?"

By the time she was four, she had chipped two teeth from falling on her face, self-sustained enough bruises to call our treatment of her into question, and was the first child in history (of which I'm aware) to sustain a black eye while serving as the reverence child.

I was sorting old pictures the other day, and found a sequence of three from about ten years ago, that perfectly encapsulate his relationship with her. 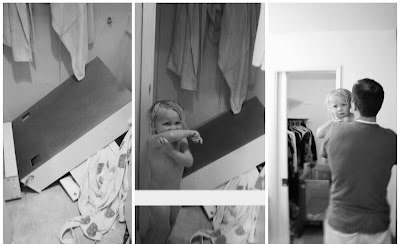 In the first picture, we see her typical path of destruction. I can't recall exactly what happened before it was taken, but it appears that in the process of getting in or out of the bath, she managed to detach a shelf from the wall. Naturally.

The second picture breaks my heart a little. It's the familiar realization of what she's done. Hiding behind her tiny arm, and naked to boot, you can see in her eyes the fear of the crash and the consequences.

The third picture explains, in a single moment, why she has grown to be so self-assured and resolute, in spite of her limitations. In the third picture, her dad enters the scene.

He arrives just after she (and the bathroom) (and probably her mother) have fallen apart. He steps over the damage and scoops her up to make sure she's okay. While I don't remember exactly what he said, I'm positive that he told her that he loved her. That she was his "Perfect Leah Lou." At this point in her life, he's starting to get her. He understands that bathroom shelves can be repaired. Little girls hearts, not so easily.

And before long I'm sure she was off and running, the bathroom aftermath fading into the background. Probably knocking a picture off the wall as she went, but off, and running.

I've read that fathers, more than anyone else, set the course for their daughter's lives. I believe that's true, for better or worse. Girls may take their mothers for granted, but are never ambivalent about their fathers.

When Jack speaks, my girls hang on what he says. They love his attention. When he's teaching them something, they're laser focused, wanting so much to make him proud. When we attend their performances, their eyes always find him in the audience.

I'm painfully aware that not every girl is as fortunate to have a doting father. It's something I have never taken for granted myself, nor have I as I've watched Jack raise our daughters.

In the structure of their lives, I pride myself in providing them with a good foundation. And rooms to explore, so to speak, with pretty coats of paint. I'm the blankets that cover them at night, the kitchen table around which they gather, and the fireplace that warms them when the outside is cold.

But their dad, he's the load-bearing wall. He sustains the weight of the elements above it. The load-bearing walls, more than anything in the house, provide a sense of security. Good fathers provide their daughters with a structure that can resist buckling under pressure, of detached bathroom shelves, or mistakes, or broken hearts, or life.
at June 29, 2018