There is a real-life rockstar in my neighborhood.

His concerts are the hottest ticket in town. He has over 20,000 followers on Facebook, with a loyal core of groupies who thumbs-up nearly every post. Fans of his never turn down his invitations to happy hour, and have been known to line up before sunrise for a chance to score some of his swag. He can hardly go anywhere locally without being recognized or asked for a selfie.

Who is this celebrity? 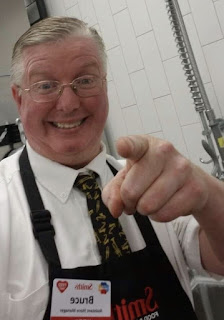 Bruce has worked in the grocery business for 35 years, and four years at this particular location.  If you doubt his celebrity status, ask yourself how many other grocers you know whose face is requested on children's birthday cakes - 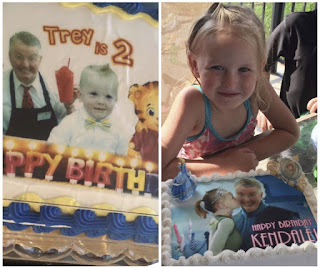 Or whose likeness has been used as a Halloween costume - 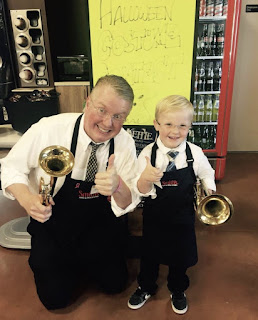 I asked Bruce's assistant of four years, Jolyne Gailey, for his official job description, but it's hard to narrow down exactly what he does. (Did I mention he serenades customers with his trumpet in the produce department?). His role is to ensure that customers have a positive experience, but don't you dare call them customers. "I don't have customers," he has said. "I have friends who happen to need a few things at my job."

For four years Jolyne has watched those friendships form from the sidelines. Or rather, the deli section. People walk through the door looking for a particular produce or cut of meat, and leave with a genuine advocate. "For Bruce, there is no distinction between business and personal," she says. "Everything is personal to him."

She's not kidding about the blurred distinction. Bruce routinely comes to work early, leaves late, and rarely takes a day off. Recently however, he took his first vacation in years, to Calfornia, where he sent the employees back home pictures of himself at Disneyland and on the beach...In his apron and name tag. 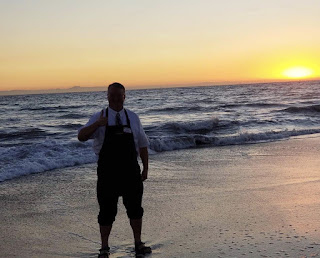 "They brought me in to slow him down," Jolyne says with a laugh. "But no one can slow down Bruce." She said that he uses his job as a chance to silently watch for needs in the community, and then does whatever he can to meet them.

That silence is his charm. Bruce certainly hasn't campaigned for his celebrity. In fact, the attention seems to make him downright uncomfortable, but is the inevitable result of one single, positive interaction at a time.

Take his Facebook account, for instance. After Bruce received the site's maximum 5,000 friend requests, it became necessary to set up 'Bruce at Smith's,' a public page that currently has over 16,000 followers. Last week, among the photos of current cereal deals and soda discounts, he wrote a heartbreaking post about the sudden death of his sister. To the thousands who read it he began, "This is quite personal, but you are my friends, so I'm sharing it with you."

Scroll further through the page and you'll find an outpouring of public affection. Posts of gratitude for picking up someone's favorite Canadian soda, stocking Toy Story ice cream for their kids, or consoling someone's wife in the floral department after her father passed away.

But, just like life, some of the best examples of charity and goodwill can be found off of social media.

I asked my neighbors who shop his store for examples of his customer care, and was flooded with stories.  One friend shared about the time her granddaughter was upset after she missed seeing Bruce dressed as Santa, and when he heard about it showed up on her doorstep in costume. 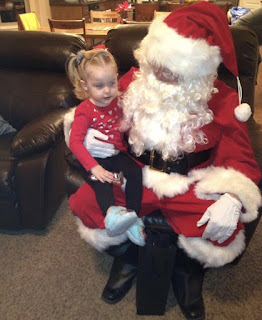 Another had posted to Facebook that her son got stitches, and shortly after Bruce arrived with bags of his favorite candy. 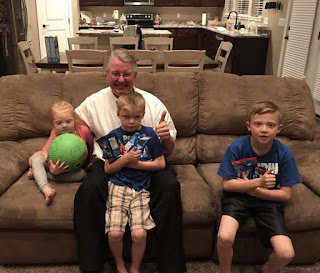 There were meals delivered to sick parents, and meals delivered to healthy parents because they deserved a night off from cooking. He has brought presents to patients in the hospital, and played songs of celebration on his trumpet after successful surgeries.

When shoppers need something that isn't in stock, he will drive around town until he finds it. He assists with school and community fundraisers, and has walked customers to their cars on rainy days using patio umbrellas from the furniture department.

One mother shared, emotionally, that she was selected as a contest winner on what happened to be the anniversary of her child's death. When she received her prize from Bruce it was with the inspired message that "someone upstairs was shining down on her."

Another shared the time he stopped by her house because her kids had requested he help them build a fort. 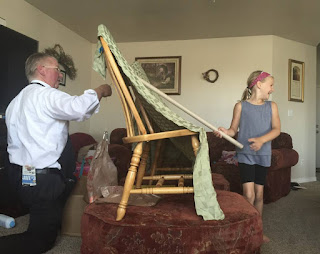 All of this has resulted in a customer loyalty reminiscent of a different era. One woman drives 60 miles each way, every week, to shop Bruce's aisles. "It's his genuineness," says Jolyne. "You can't fake kindness like that for that long."

One of my favorite personal observations of Bruce has been the tours he provides for young children, which are in high demand for local kindergarten, preschool and Cub Scout groups. Even if you have nothing on your grocery list, it's worth a trip to the store during one of Bruce's tours just to hear the belly laughs of children when he tells them to close their eyes so he can sneak food from the shelves into their hands, or hides in the dairy fridge to moo like a cow. 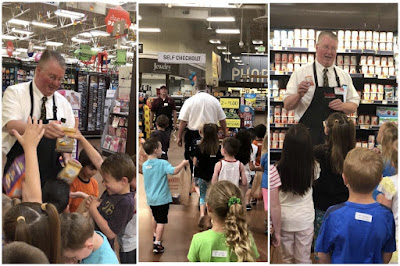 And why should kids have all the fun? Every night Bruce and Jolyne host a free event for customers that include unlimited "happy hour" fountain drinks and and Slurpees, or bowls of cereal for the entire family. He hosts Price is Right for womens groups and daily Facebook giveaways with prizes that include delivering ice cream to your door, and washing dishes while he's there.

Bruce has also won a competition or two himself. He's been recognized on the local news and in national contests for his customer care but always gives away his prize winnings, and he takes the same approach to birthdays. If it's your birthday he'll give you free banana splits and a trumpet concert, but if you ask when his birthday is, he'll deflect and changes the subject.

Forgive me then, for publicizing that his birthday is today. But for a store manager who accepts returns as freely as he does, I don't think recognition should be any exception.

"Everyone knows him as 'Bruce at Smiths,'' says Jolyne. "But I like to remind him that Smith's doesn't define him. He's more than the apron and name tag. It's his love for people that defines him."

When my mom dropped me off at school one morning my sophomore year in high school, we could never have predicted that hours later, a...