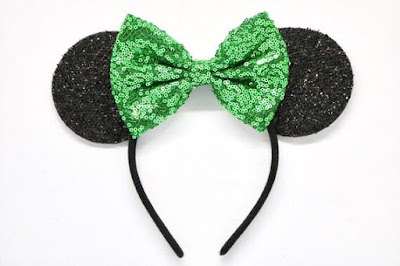 When the government shutdown ended last month, it was four days before I heard the news. This wasn't because I was uninterested or insensitive to it. We experienced a shutdown ourselves when we lived in DC and had quite a few friends affected this time around.  I had been pretty attuned to news of a compromise or reopening and yet when it did reopen it took me four days to realize it.

This was because I was at Disneyland, which brings me to the best thing about Disneyland.  It is that from the moment your feet touch the cobblestone on Main Street you lose all connection to the outside world. For the four blissful days we were there I didn't know or care what the date, day or time was, or what had been on my to-do list before we arrived. It didn't matter to me how much anything cost or how often we ate dessert. For once I didn't worry about what my kids were doing or who they were with, whether the federal government was open or closed, and even missed the four days when Jussie Smollett was a victim.

That Baloo is not kidding when he invites you to "forget about your worries and your strife."

This of course is all by design. Every inch of Disneyland - every sight, sound, and smell is meticulously imagineered to shelter you from the outside world and blanket you into a blissful, reassuring 1950's existence. There's a reason employees are referred to as "cast members." Their performances makes you feel safe and respected. Suddenly you're comfortable striking up a conversation with any random stranger. Trash and spills disappear instantly, and renovations and repairs are meticulously hidden from sight (with the exception of Sleeping Beauty's Castle, which looked like a prototype for Trump's border wall).

When I mentioned this immersive design to my 14-year old she said, "I know. I heard that if someone dies in Disneyland, they roll the body out of the park before pronouncing them dead." How magical!

It isn't a perfect system of course. On our second day there, we were standing outside Haunted Mansion when three military jets blasted by overhead. I felt a bit like Jim Carrey in the Truman Show when he found a camera hiding in his kitchen. What is this! Who am I? And yet, it was Disneyland. Even if the jets had been emblazoned with North Korean flags I probably would have just shrugged, bit into my churro, and wondered if it was time yet to fast pass Indiana Jones.

There was another jarring moment on our third day, when a man who rode Space Mountain after us climbed off it mid ride, and they shut it down for a week to investigate. Did you know that a woman was decapitated on the Matterhorn in 1984? Also in 1984, when I was five, Goofy used a photo op as an opportunity to grab by mom's behind. That's a true story, but it's hers to tell.

Anyway, one afternoon on this trip, my sister and I stopped at the Hungry Bear Restaurant for churro funnel cakes and Coke. We asked the cast member serving us where the straws were, and were told that they were "over there, if there are any left." She said that straws and lids have been eliminated from Disneyland and that once the current supply was depleted, they would not be replenished.

Upon hearing this, my sister grabbed a giant fistful of them to stockpile in her purse. We thought this was hilarious but our cast member didn't seem to appreciate the humor and told us, "You know, there is more plastic in the ocean than fish."

More plastic in the ocean than fish? Is she serious? Maybe on the Nemo ride, I thought, but didn't think she would appreciate that humor either.

I was curious after I got home, so I read the press release from the Walt Disney Company announcing that straws and lids were in fact being banned in 2019 as part of their "commitment to environmental stewardship." Several Disney Food blogs reported that the park is considering paper straws and sippy cup lids as an alternative, which I suppose is good news for anyone who visits hoping to feel like a kid again. Perhaps next they can tackle water conservation by strapping us all in diapers.

I am all for environmental stewardship, but this makes zero sense to me. Paper straws, aside from making you feel like you're sucking from a rolled up phone book page, cost ten times as much to produce as plastic straws. And what about the trees required to make them? And subsequent greenhouse gases, global warming, and other factors of environmental stewardship?

Then there is the sippy cup solution, which Starbucks has already enacted. These have to require at least ten times as much plastic to manufacture as a straw. Also, after Disneyland banned lids, cast members began receiving complaints of more frequent spills, so the park switched from their flimsy Dixie-manufactured cups to sturdier Solo ones, requiring twice as much paper. It's all a classic case of overregulation. One step forward, ten steps back.

I want clean oceans as much as Ariel. I would love for us to deflect the plastic from them, clean the air, and create a thriving environment for the next generation. But a ban on straws and lids is a proposal made in Fantasyland that's more effective as a headline-grabbing marketing campaign than sound environmental policy; another imagineered photo op designed to makes us feel good about ourselves.

Which I suppose is why we visit Disneyland in the first place.
at March 01, 2019