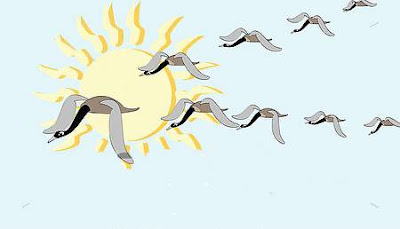 This month, Cal surprised us by auditioning for a part in his school's production of Willy Wonka.

He is always surprising us.

On the one hand, he is a typical 10-year old boy. He loves playing sports and Castle Crush, and on any given afternoon can be found wandering the neighborhood on his bike with friends, in search of any excuse to use a power tool, put out a fire, or bury a dead animal.

But when you get to know him you might be surprised to discover that trapped inside his adventurous 10-year old body is the temperament of a cynical 45-year old man. From the time Cal was a toddler, he has complained about the cost of living, advised us against risky behavior, muttered under his breath that children throwing tantrums should "man up," and has spent more time disciplining his siblings than his father and I combined.

Last year, as part of a unit on entrepreneurship, his teacher told the class to pretend they owned a hot dog stand, and asked them to name potential problems their imaginary business might encounter. She said that answers from the students included rainy weather, running out of supplies and competition from other hot dog stands, until Cal raised his hand to suggest that, "We could get nuked by the Russians."

On another occasion, I was told by a friend that her son had always dreamed of being a professional baseball player, until he made the mistake of telling Cal. This led to a lecture on the difference between childhood dreams and realistic ambitions, and the poor kid coming home to Google more practical options for providing for a family.

Or there was the time I woke up to find a pile of dollar bills on the kitchen table, and was told that he had solicited it from kids in the neighborhood who came over to watch a movie, because why should we pay for it ourselves. He is constantly calculating, speculating, and trying to stump me with questions like, "Mom, what if you had to choose between me, Eddie, and Jesus?"

This summer, I had a moment with him that topped them all.

He had become fascinated with the migration of geese, and learned that the reason they fly in a V formation is to distribute the burden of travel, which can be up to 3,000 miles a year. As the geese in front flap their wings, they produce air and lift that carries to those behind them, allowing the birds in the back to coast, and fly with greater ease.

When the goose in the front wears out, it leaves its position and goes to the back, and the next in line takes its place.

One day, Jack had been traveling for work and the kids and I had an overwhelming afternoon. Nothing major, just an accumulation of petty annoyances that culminated in me leaving them alone after dinner to attend a meeting, with the house in a state of chaos.

A few hours later I returned home bracing for a late night of catch up, and was shocked to walk into a perfectly clean house. Dishes done, laundry put away, stairs vacuumed.

I was able to determine pretty quickly that Cal had done all the work and found him in bed, nearly asleep. I told him how much I appreciated it, and that it must have been hard for him to do it all himself.

"You've been flying in the front for so long, I just thought it was your turn to go to the back for awhile and glide."