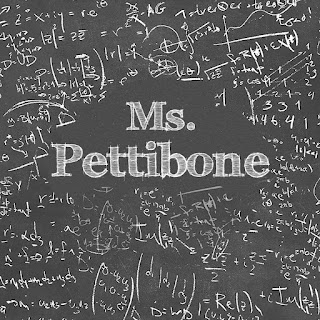 My 11-year old daughter Leah has had quite a year. There has been school of course, and her weekly tumbling class, but she also learned to fish. And came within three feet of a brown bear. After that she got her first job, at a bakery, but took time off for a trip to the Indianapolis Motor Speedway and then CIA headquarters in Langley, Virginia. In between those, she managed to squeeze in a Queen P concert, trip to South Korea, where she competed in the Winter Olympics as a figure skater, and shuttle to Mars.

Really though.  I can prove it.

To do so, I have to go take you back to August and set the stage. Literally. A black, wooden, custom-built stage with glittering tassels and bright lights that sat in anticipation, ready to illuminate the stars as they arrived.  Not actors in a play, but ten and eleven-year old children who had been cast in the coveted role of students in Ms. Pettibone's fourth grade class. 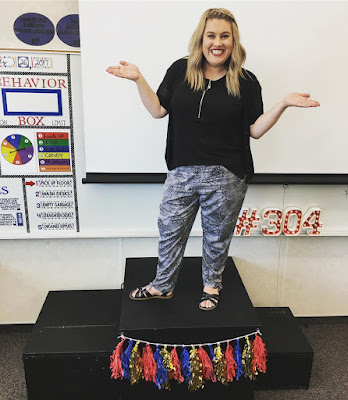 Leah is one of those students. The stage is just one of countless ideas dreamed up by Ms. Pettibone to allow children like her a chance to shine. When another teacher asked why there was a stage in her classroom, she replied, "Why isn't there a stage in your classroom?" It's part of her daily, tireless effort to ensure that every student feels important, appreciated and capable.

As the mother of four children who have attended five schools in three states, I have observed over 30 classrooms, and never seen anything like the phenomenal environment created by Ms. Pettibone.

Ms. Pettibone or, I should say, whoever happens to greet the students on a given morning.

Once, for example, it was Her Honor Pettibone, sitting at her judicial bench ready to to prepare the class for a writing test by hearing persuasive evidence they gleaned and presented from a text 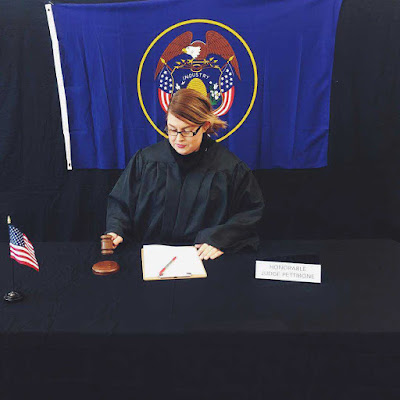 On another day, it was Queen P, a rapper whose forte is multiplication 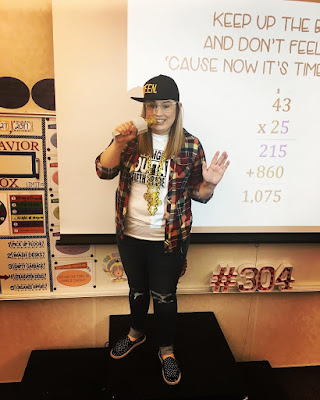 and PV, a bear who roams the forest teaching place value 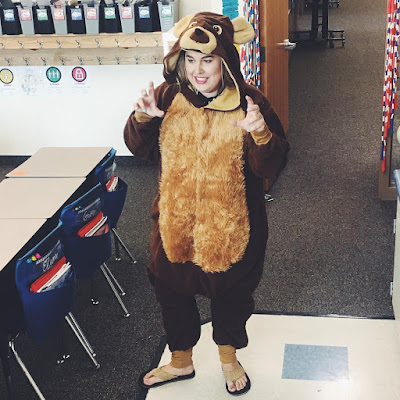 Last week, students arrived to discover that she had mysteriously been replaced by Nikki Watts, a special agent from Washington DC. The classroom had been transformed into the CIA, and as they entered it they were digitally "fingerprinted," issued security badges, and given the task of saving hacked files by practicing their language arts. With highlighters. Beneath a black light. After navigating through a maze of glowing lasers. 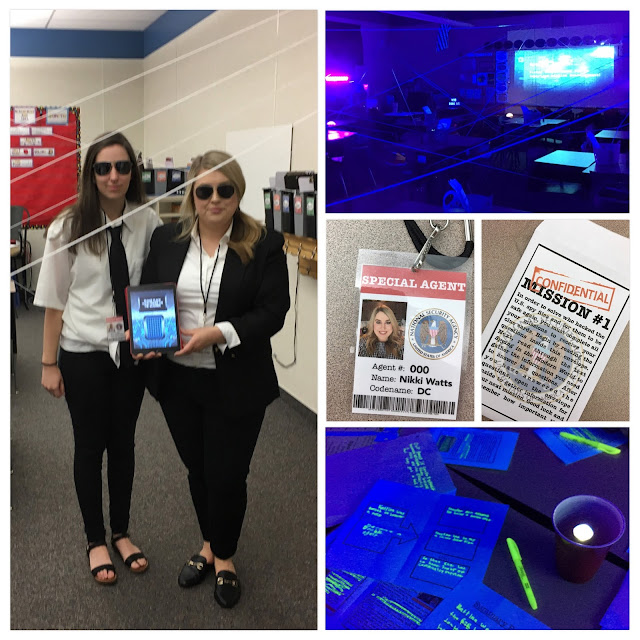 In February, they stepped through the doors of Room 304 and into South Korea, where they were named athletes in the PyeongChang Winter Olympic Games. The wall was covered with pictures of every student as a gold medal athlete. Each subject was tackled as an event, and thunderous applause could be heard as they beat personal records. 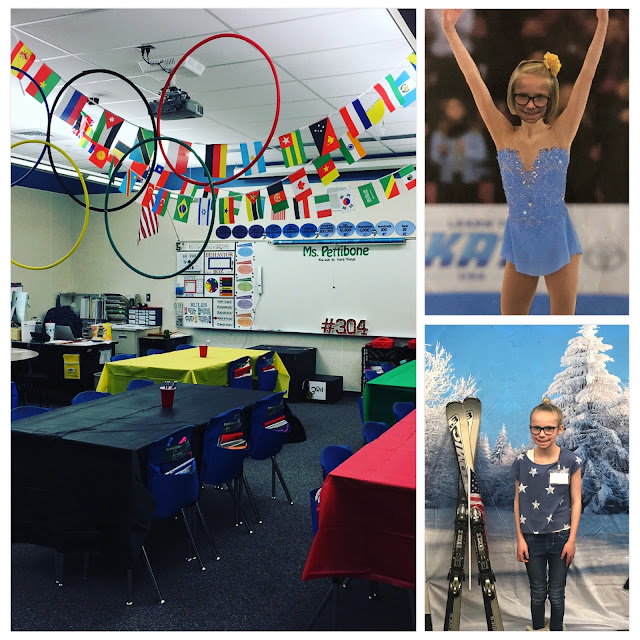 On another occasion the room was "Text Structure Raceway." Students sped around the room with toy cars, reading and studying informational text in order to cross the finish line and earn a trophy. 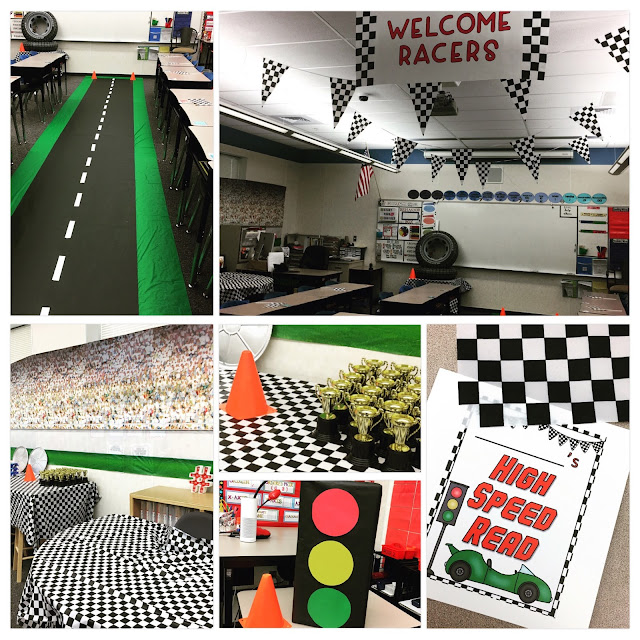 Or the time they left earth, landed on Mars, and were challenged to find their way home. 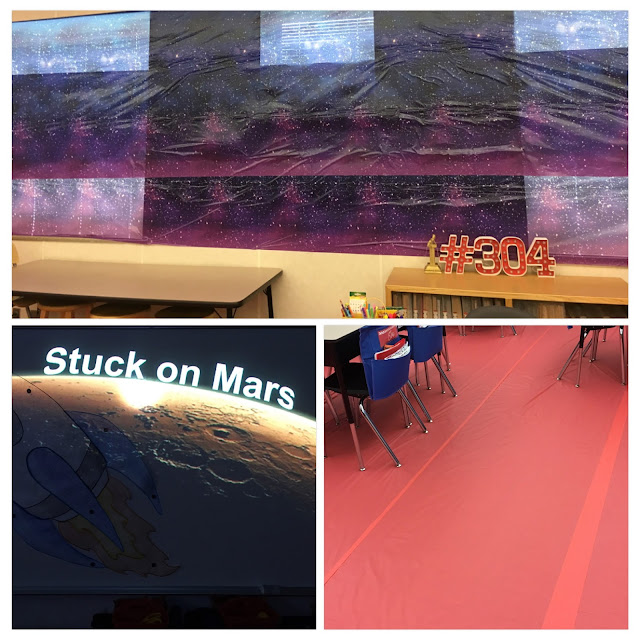 I could go on, and on. Leah and her class have also learned while baking pies, completing scavenger hunts, and fishing from inflatable pools.

And, remarkably, her creativity isn't the quality that impresses me most.  She once said that she understands the struggle with self-esteem that can affect her students, and has therefore made it her mission to ensure that each of them feels important.  She writes  heartfelt personal letters enumerating their strengths, attends their extracurricular performances on weekends, and makes sure they have a friend to play with at recess.  At parent teacher conferences, she goes beyond test scores and quantitative measurements, and talks to parents about their child's kindness and confidence, the joy they bring to her life, and their unique talents and potential.

Once, Ms. Pettibone mentioned during a lesson that she needed a good night's rest to be ready for her job, and a baffled student replied, "You have a job!?"  It was the perfect indication of the way she is perceived. Not as someone who simply shows up for work every day, but as a beloved part of each child's life - Teacher, mentor, advocate, cheerleader and friend.

When you have a child that struggles academically and socially the way Leah does, the thought of sending them to school can be agonizing. The gift of Ms. Pettibone is that her classroom is the place where Leah feels most confident. She has made more progress this year than any prior, and I can say that without considering a single grade or test score.

They say that teaching is a thankless job. Thanking this teacher enough is an impossible one.
at May 04, 2018