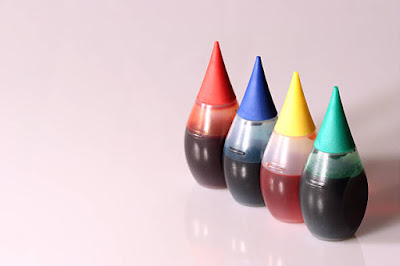 A new Del Taco opened a mile from our house, and it's been a game changer. On Tuesdays their tacos are three for a dollar, so basically free.  Every week I order fifteen of them, which in Utah is actually considered a modest request. Once in fact, I said "Fifteen tacos please," and the guy thought I said "Fifty tacos please" and I swear he didn't even flinch.

Now, I'm perfectly capable of making tacos myself on Tuesdays, but certainly not 15 of them for $5 in under 5 minutes, so I keep going back every week and plan to for the rest of my life. I'm an American after all, and we pride ourselves on thrift and efficiency.

Which is precisely why I found it curious, while scrolling through Pinterest the other night, when I came across a recipe for homemade sprinkles. 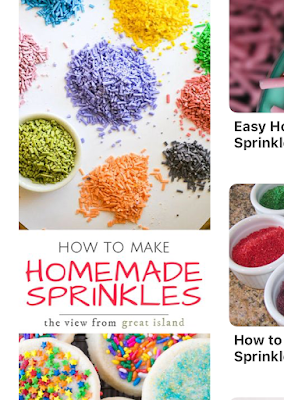 Maybe homemade sprinkles are your thing though, and if so I say go for it. In fact, after you've finished the 48-hour backbreaking process, Pinterest suggests that you continue your party preparations with homemade confetti. 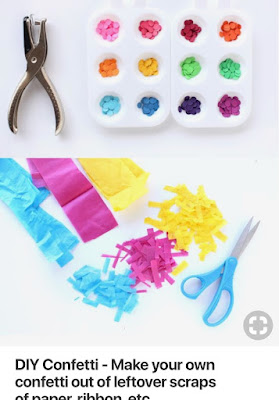 Unlike the elaborate ingredient list of homemade sprinkles, the only thing homemade confetti requires are colored paper, a hole punch and an increased risk of carpal tunnel syndrome. Can't you just imagine the doctor of this poor person, as he wraps their aching wrist in a bandage, leaning in and compassionately asking, "Was the $0.79 prepackaged kind really outside your budget?" 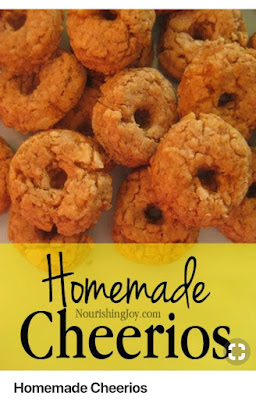 Not many things surprise me, but I was pretty shocked to learn that there are people out there making homemade Cheerios.

Instructions for these include extracting hundreds of tiny circles from rolled dough with a tiny cutter, then carefully punching a hole in each one with a lollipop stick and removing the microscopic center before baking.

What the instructions don't tell you, but which as a mother of four I can add with scientific certainty, is that only 8% of Cheerios given to children actually end up in their mouths. The rest find their way onto the floor, or highchair or carseat, or smashed into the motherboard of valuable electronics. I say it's hard enough to yell at kids over these kinds of incidents without having to also add, "DO YOU HAVE ANY IDEA HOW LONG IT TOOK ME TO MAKE THOSE!?"

So maybe not homemade Cheerios. But how about homemade Cinnamon Toast Crunch? 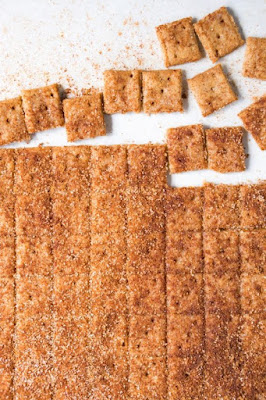 (After mixing the dough in a food processor and dividing and kneading and rolling it as thin as you can and cutting tiny squares with a pizza cutter and using a thin spatula to scrape them off the counter and transfer them to a baking sheet and then repeating the process three times with the remaining dough and then adding the cinnamon and sugar and then baking and letting it cool.)

How about homemade Fruit Loops instead? 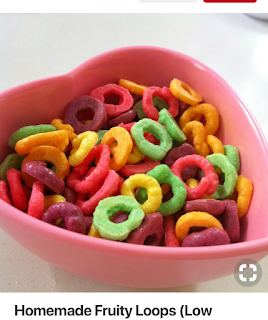 Don't let the picture fool you. Those are not made from play dough. The woman who posted this recipe said she always makes a batch before vacation, to have on hand as an alternative to hotel breakfasts, and I spent a full five minutes wondering what exactly about a hotel breakfast she is saving us from. The fact that's free? Or  convenient? Or doesn't look like play dough? 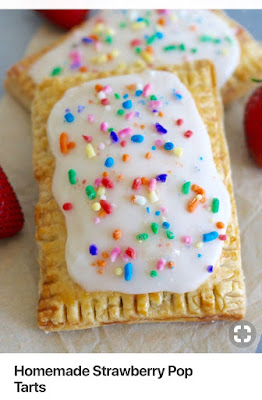 And I suggest that making homemade Pop Tarts completely defeats the purpose of Pop Tarts.

How about Twix Bars? 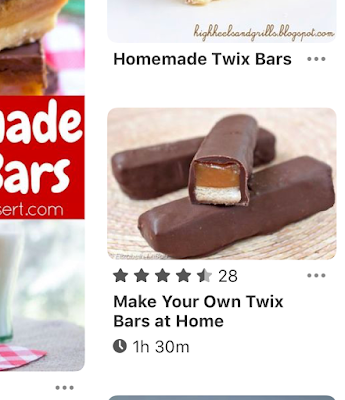 My favorite line from this recipe is that they "taste exactly like the original!" Finally. The exact taste of a Twix Bar, without the overwhelming burden of having to tear off a wrapper.

I could go all day. Down the Pinterest rabbit hole that is, not making homemade Twix.

It's an interesting paradox I think. As a society we're busier than ever, with all kinds of conveniences and automation to accommodate our nonstop lifestyles. And yet, it seems like DIY has never been more popular.

But maybe the fact that we're so busy is the very reason we want to create. We have an inherent need to be creative, and to design and construct, and I think it's filled when we paint furniture and bake cookies and photograph and write captions, and it's wonderful.

All I'm saying that if you've spent half a day cutting out tiny Cheerios, maybe leave that to the good people at General Mills, and take the time to discover what you really have to offer. It's a question I try to ask myself on a regular basis. When I'm not busy making tacos.