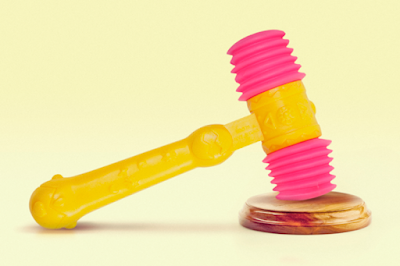 I was twelve-years old when Anita Hill testified against Clarence Thomas. My parents followed the proceedings, so I remember being aware of the names and basics, but didn't have a clue how salacious it all was until I was an adult.

Back then, you either turned on network television or you didn't, and if you preferred your kids not asking you to explain what Thomas found on his Coke can, you just tore that particular page from the newspaper before they got to it.

Today, we don't have that luxury. Today we have constant, instant access to information and as a result, are raising a generation more aware than ever of what's happening in the world around them.

So we talk about it.

And while I would certainly prefer that a discussion on Supreme Court appointments was simply an explanation of our independent judicial branch, checks and balances, and upholding the Constitution, this one also happens to involve drunken minors and accusations of groping and gang rape.

With our daughters, the discussions we should have when stories like this arise are obvious. Unsafe behavior. No means No. Never feeling ashamed to report something that makes them uncomfortable. Bonus points if they tolerate your rendition of the Girl Scout classic, "Stop! Don't touch me there! This is my no no square!"

The discussion with our boys, on the other hand. Now that's a different story.

Google "How to talk to boys about sexual harassment," and you'll find endless advice based on the assumption that sexual misbehavior is inevitable. Our sons have been conditioned, after all, by a culture that condones violence against women. Even more frightening? Someday they'll grow up to be (gasp) men.

One article, published by The Globe and Mail, says that a discussion with young boys about acceptable behavior toward women is "urgent," as though they're all little misogynists just champing at the bit, waiting for their chance to make unwanted advances. It says, "When powerful, prominent adult men are groping their coworkers and exposing themselves to interns, how can we expect our sons to act any differently?"

To which I say, speak for yourself.

During the Kavanaugh hearing yesterday, a group of protestors stood on Capitol Hill wearing shirts that said, "Men are Trash," and I wasn't the least bit surprised. The last couple weeks have demonstrated that it's no longer enough to assume that all women are innocent. We also have to assume that all men are guilty.

They have the right, for instance, to be unapologetically male.  I want them to grow into men who aren't ashamed on behalf of their gender, or sorry for crimes they haven't committed.

When I was 9-years old, a man exposed himself to me and my friends after school.  We were walking home and just as we passed his house he appeared facing us from his garage, naked. We ran home and told our parents, who of course unleashed fury and all of their legal rights, and found us a new route home from school.

What they didn't do, is generalize his behavior in a way that made me fearful of all men. Never once after that incident did it occur to me that because one idiot exposed himself, that every man I met wanted to expose himself. I understood him to be an isolated nut job, and experience since has taught me that women are also capable of disgraceful conduct.

Yes, men start wars. Men commit crimes. Men sexually assault women. But not the men I know. The men I know are respectable, and respectful. They are strong, self-sacrificing gentlemen. They are providers, protectors, and defenders of their families.

This is the conversation I have with my boys.

I have two daughters and two sons, and when people hear this they often make friendly jokes about how lucky we are to have a level playing field. I tell them I'm doing my best.