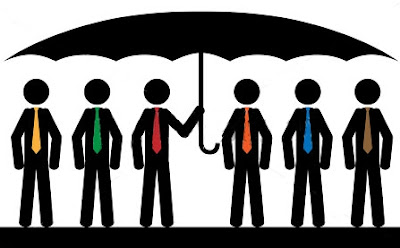 My mother raised her children on the philosophy of Rudyard Kipling. He once wrote -

At any given moment, and of any of her four children, she could tell you

I admit there were times, particularly in my teenage years, that I found this exhausting. There were of course no texting or Find My Friends apps then, so I was always excusing myself to find a borrowed phone to update her on my plans, and answering to her six honest serving-men before, after (and sometimes during) dates, parties and dances.

Now of course, looking back, it's among the laundry list of things that make my sisters and I say, "Oh my gosh, Mom was right about everything."

I now have a teenager that I'm raising in the age of smartphones and social media, and feel like the six honest serving-men that were sufficient for my generation need to train as six merciless tail-kicking ninjas.

Which leads to my daughter, and her cell phone.

But first a disclaimer.

**Disclaimer** I'm about to tell you how my husband and I are raising our child. I am not about to tell you how to raise your child. I understand that cell phone and social media use among youth is an emotionally-charged subject, and wouldn't dare offer advice because I don't know your family, and I don't know what works you. I'm aware there are parents who do not allow their children to have cell phones, and I think it's commendable. I'm aware of others who only allow flip phones, which I also find commendable. Parents who install monitoring apps, or prohibit access to social media? All of it, and every parent doing the best they can, commendable.

None of that, however, is what works for us.

We have a 13-year old daughter. She has her own iPhone. And Instagram and Snapchat accounts. And we do not employ monitoring apps.

And this is why.

When she (I'll call her "Jolie." Because that's her name) was in elementary school, her academic performance at one time was dismal. Her grades were below average, and she was perpetually procrastinating and neglecting assignments. As our oldest child, this was new territory for us and my first instinct was to intervene. Crack down. Take away privileges. Establish an accountability chart. Rule with an iron fist.

My husband's (whom I will call "Jack," for the same reason) response to this proposal was that it would probably work. Hovering over Jolie would without a doubt bring up her grades, guarantee completion of her assignments, and alleviate my concerns. In the short term. But would do nothing for her personal development, or long-term fostering of self discipline.

Instead, he suggested, we called to duty the six honest serving-men.

We began asking her questions -

✔ How are you doing in school?
✔ How does that make you feel?
✔ Why do you neglect assignments?
✔ What do you think would turn that around?
✔ What is the purpose of homework?
✔ What happens to people who succeed in school? And those who fail?

We asked the questions, and she led the discussion. Our goal was not to impose solutions, but to create an atmosphere where she devised them herself.  She made the rules, and we provided the accountability.

Then slowly, we began to see a change in her. She started making to-do lists and prioritizing homework, all of her own accord. She's now entering high school, and is a remarkable, self-motivated student with a 4.0 and enrollment in all honors and AP classes. She's also adorable and a friend magnet, but that has nothing to do with this post. I just wanted to brag about her while I have your attention.

When Jolie became a tween and her room was a disaster, we didn't make a chore chart or stand over her while she cleaned it. Rather, we summoned the six honest serving-men.

Again slowly, but internally, a change took place and now we never have to remind her to clean her room. Of course gets messy. But when it does, she notices on her own how it makes her feel, and uses strategies she has developed to clean and maintain it.

And then, we entered the age of cell phones and social media.

This summer Jolie will turn fourteen, which means we are on a four-year countdown until she is an independent adult. Four short years until she is out of the house, on her own, and absolved from our perpetual influence whether we like it or not. And for the record I do not. Sob. But when she inevitably does leave, she will have unlimited access to a cell phone and social media.

We see this window of time as an opportunity, not to sequester her, but to train her.

So we gave her a phone. And we allowed her to join social media. And sometimes at the dinner table, or occasional nights when we're sitting at the foot of her bed, the six honest men come to visit.

The objective isn't to know every move she makes on her phone. The objective is to help her develop the internal compass she needs to navigate the waters of technology.

And over time, with mistakes and lessons learned, we've witnessed the rewarding path of her navigation. When she sees something inappropriate on her phone, she shows it to us and we talk about it. When she's bothered by a social media account, she unfollows it and articulates why. Without being asked, she has put her phone away because she can recognize the symptoms of having been on it too long.

We do have passwords to all of her accounts. She charges the phone in our room at night, and we perform random checks of her messages and activities.

But aside from that, we allow her independence.

With the aide of six honest serving-men.

In hopes of raising one honest self-sufficient woman.