When I was sixteen, my parents went to dinner at the Red Robin where I worked as a hostess. It was a Friday night and we were slammed, which meant that even with the preferential treatment I was not above administering, they waited in the lobby for over twenty minutes to be seated.

As they did, they said, they noticed something strange. The couple in front of them both yawned, as did members of the family next to them, and several people that walked in after.  Yawns are contagious of course, but this was more like an epidemic.

Just as they were beginning to suspect carbon monoxide poisoning, I called their table. As they stood to follow me they turned, looked past the partition adjacent to which they had been seated, and saw this 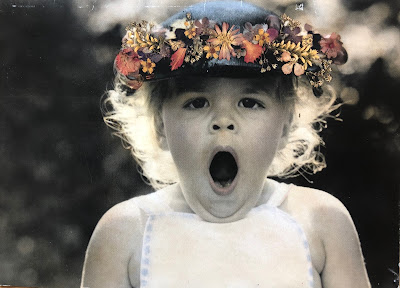 It was was an enormous print, framed and hanging just within eyesight of everyone that had been facing them as they waited.  They were so amused, that my mom tracked the picture down and bought a copy for me to hang in my room at home.

She gave it to me with a lesson. This, she told me, is to remind you that you're affected by the people around you, whether you realize it or not.

As I mentioned, I was sixteen at the time, an age when friends can make you or break you. And this wasn't just wise parenting. It was a scientific fact.

Research suggests that others' moods can spread as infectiously as their germs. Psychologists call it emotional contagion, a process by which feelings and emotions transfer from one person to the next, causing them to unconsciously copy one another.

Or, as I've heard it put another way, spend time with bank robbers and pretty soon you'll be driving the getaway car.

We've all felt it. People can inspire you or deplete you. When I spend time with someone whose spirit animal is Eeyore - pessimistic, gloomy, complaining - I notice every dark cloud on the way home.  On the contrary, what a joy are people who are joyful. I have smiled because someone else was smiling, heard laughs that have elicited my own, and caught the bug of other people's infectious enthusiasm, optimism, or capacity to dream big.

This phenomenon also applies to social networks. A 20-year Harvard study concluded that if neighbors within a mile of you see an increase in happiness, you are 25% more likely to see one too. Your tribe matters. I never thought I would get hooked on dirty sodas or wear jandals with socks, but I moved to Utah two years ago and guess what?

For better and worse, I have seen evidence of the yawn effect throughout my life. It's been said that you're the average of the five people you spend the most time with, which means that when I was a teenager, I was the average of Katie D, Amy, Tanita, Jack, Stacey, Jeffrey and Eli (I never was good at math). They were happy, confident, inclusive teenagers with an unwavering sense of right and wrong. To this day I'm grateful for their influence.

When I went away to college and my circle of friends changed, I developed a more competitive nature. After moving to California and enlisting with yet another tribe, I learned to be more laid back. Surrounded by accomplished mothers in DC, I tended more toward self-improvement.

In no other circumstance however, has the yawn effect taken on as much meaning as it has since becoming a mother. When I yawn my kids yawn, proverbially. When I'm unhappy they're unhappy. When I sing along to the radio and point out how beautiful the mountains are, they sing and appreciate mountains. When they step on a Lego and mutter an expletive? Yawn effect.

Twenty-plus years later, the yawning girl is now the screensaver on my phone. She still serves as a reminder of the effect we have on others, though when I look at her these days she doesn't elicit a feeling of caution as much as she does a sense of responsibility.