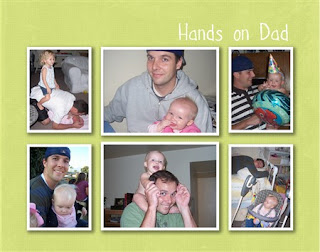 I grew up with a dad and brother who loved nothing more than watching sports. So, when I married Jack I felt very prepared. I don't start conversations during Game 7, I barely notice when he's yelling at a ref on TV and, frankly, I expect him to spent entire Sundays watching 18 holes of golf. I get it.

Yesterday while taking a nap, I was awaken by screaming. Screaming. Like, Eli Manning just threw a touchdown pass in the final moments of the Super Bowl screaming. I ran into the room, certain that either (1) We had won the lottery, or (2) The Lakers had been given some kind of second chance against the Celtics, and had won. By one point. With a three point shot. In the last second of play.

Instead, I found Jack watching


While I'm here....All my friends blogged touching tributes to their husbands on Father's Day. Does this count?